Hindutva Agenda of the BJP by Dr. Gurdarshan Singh Dhillon 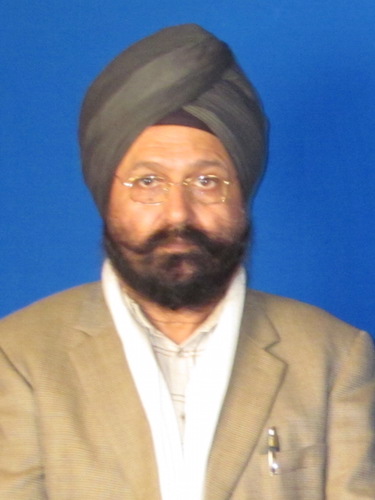 In recent years, the BJP-RSS combine has brought about a radical shift in the country’s socio-political agenda. By appealing to the sentiments of the majority community, the BJP has been successful in extending its influence in electoral politics and has managed to come at the helm of affairs. Its communal agenda, carried out through the RSS, has set the minorities to think about their place and their future in India. In fact, this agenda has threatened to undermine the sanctity of the Indian State. This has led to a sense of superiority among the Hindus and a feeling of insecurity among the minorities.

The militant Hindu organizations like the BJP, RSS, VHP, Shiv Sena, Bajrang Dal etc. argue that `Hindutva’ alone can be the basis of India’s unity. This combine claims that its Hinduism is the other face of Indian nationalism. They also say that Hinduism is not a religion, but a way of life. The erstwhile RSS Chief M.S. Golwalkar sought to unify the heterogeneous and diverse people of the country by projecting Hindutva as the only way to maintain unity. In his book, We or our Nationhood Defined’ Golwalkar says that the Hindu nation is one where “all those not belonging to the nation i.e. Hindu race, religion, culture and language, naturally fall out of the pale of real national life. The foreign races in Hindustan most either adopt Hindu culture and language, must learn to respect and hold in reverence the Hindu religion must entertain no idea except the glorification of the Hindu religion and culture, i.e. the Hindu nation and must lose their separate existence to merge in the Hindu race or they may stay in the country wholly subordinate to the Hindu nation claiming nothing, deserving no privileges far less any preferential treatment not even citizens’s rights.” This is the definition of a nation based on Hindutva. The theoretical and intellectual exercises of their leaders and the practical slogans given to their followers has brought out the diabolical nature of their campaign. The slogans given at the grass roots and the poisonous communal propaganda have already created a deep sense of insecurity among the minorities.

A disturbing phenomenon that has come to the fore is the selective interpretation of India’s past by the historians under the influence of the Hindutva forces. Using highly selective range of historical sources, these historians have tried to prove that from early times, the Indian concept of the state was that of a uniform centralized state.

They have rejected the notion of diversity and plurality in the Indian tradition. The Hindutva scholars have categorically rejected the Gandhi-Nehru version of the Hindus and humble and non-violent people, who would bare their backs of blows of lathis. They say that this is an aberration of Indian history and distortion of Hinduism. They believe that such an interpretation has fostered defeatism, pseudo-secularism and internal division. They claim that reality revolves around a very different version of Hinduism. It is significant that every Hindu god is armed, said Golwalkar. The BJP’s programme of arming the country with nuclear teeth should be seen in this light.

Ever since BJP has come at the helm of affairs, with Narendra Modi as the Prime Minister, Hindutva forces are becoming more and more vocal with assertive notions of their strength. Modi can be seen presenting copies of the Bhagwant Geeta to foreign dignitries during his trips abroad. Shushma Swaraj, Foreign Minister of India wants the Bhagwat Geeta to be the National book of the country. Haryana Chief Minister Khattar has introduced Bhagwant Geeta as a part of the school curriculum. The Wishav Hindu Parishad, the self proclaimed upholder of a non-proselytising faith has announced its Ghar Wapsi programme in order to bring back the Muslims and the Christians into the Hindu fold. These Hindu outfits do not allow the Sikhs to assert their independent religious identity. The US commission on International Religious Freedom observed that religious minorities in India have been subjected to “violent attacks, forced conversions” and “Ghar Wapsi” campaigns by groups like RSS after the assumption of power by the Narindra Modi Government.