As per information the HSGMC (ad hoc) adopted a ‘resolution’ to support the Congress party in state assembly elections. 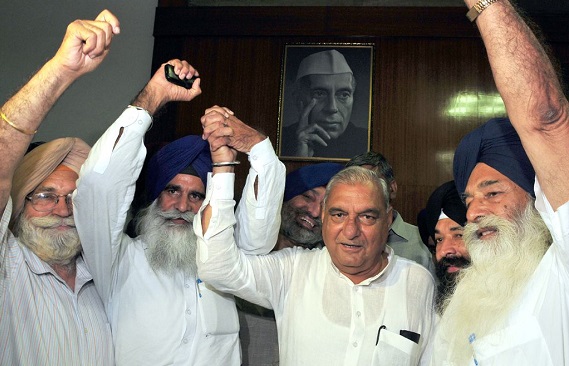 The resolution was reportedly adopted on August 26 during a meeting of HSGMC executive at Dera Baba Charan Singh Kar Sewa, Karnal. HSGMC senior vice-president Didar Singh Nalwi the “current political situation” necessitated for HSGMC to take a decision in this regard.

“Many main Political parties, other than the Congress, including the Indian National Lok Dal (INLD) and BJP, have openly been opposing the formation of HSGMC. INLD has a political tie-up with Punjab’s ruling party Shiromani Akali Dal (Badal), and they has declared to dissolve the HSGMC, if voted to power. The BJP leadership also has a similar stand” said Nalwi.

He added that they had decided to support the Congress to ensure the survival of the HSGMC, which was formed to meet a long-pending demand of Haryana Sikhs to have an independent body to manage Gurdwaras of the state.