London: Global Sikh Council (GSC) has expressed outrage at the judgement of the Indian Supreme Court issued on 10 November 2019. GSC says that the SCI judgement in some parts is seriously flawed, historically inaccurate and totally wrong on Sikh religion.

In a written state, the GSC notes that the SCI judgement stated:

“Supreme Court judges showed great ignorance of the Sikh Religion, by calling Sikh Gurus as Hindus and calling the 5th major religion of the World a mere sect of Hinduism. A cursory look at the Sikh belief in one God, and not worship of many gods and goddesses, equality of all human beings and no caste system would have given the judges a much-needed understanding of the Sikh Religion before pronouncing wrong judgements”, said Dr Kanwaljit Kaur. 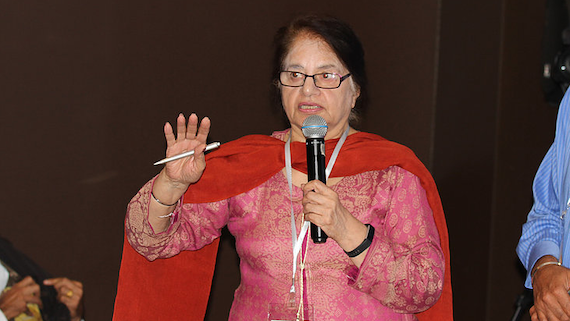 Dr Kanwaljit Kaur, president of GSC, further said: “India’s Supreme Court issued a seriously flawed and historically inaccurate judgment granting ownership of the disputed Ayodhya Babri Masjid site to the Hindu community. In a lengthy judgement, the court accepted that the demolition of the mosque in 1992 had been illegal, as was the surreptitious placing of Hindu idols in the mosque in 1949 claiming that they had ‘just miraculously appeared’ and were a proof that the mosque had been built on the site of the birthplace of the Hindu god Ram”.

“In their long-winded judgement, the judges seemed anxious to implicate Sikhs by using fake history to conclude that the site should go to the Hindu community. Of course, Guru Nanak Sahib and other Gurus went to Ayodhia to preach Sikhism. Guru Nanak during his travels of over 28,000 kilo metres, he also went to Mecca and Goya, places of founders of other religions not because he was a Muslim, or a Buddhist or a Hindu, but went to preach his message of one God and oneness of humanity. The idea of God appearing to Guru Nanak is false as according to Guru Nanak, God has no physical form”, she added.

“The Supreme Court judgment appears to be politically motivated as was given on the eve of the 550th anniversary of the birth of Guru Nanak and the opening of the Kartarpur Corridor from India to (the Guru’s place where he left for heavenly aboard) Pakistan. The gurdwara at Katarpur Sahib and the surrounding area had been generously renovated by the Pakistan government. This is seen as a growing friendship between Sikhs and Muslims and a threat to BJP who is bent upon turning India into a Hindu State, by absorbing Sikhs into Hinduism and subduing other minorities. It is disgraceful that, Mr Modi had used the compliant Supreme Court to try to create suspicion and distrust between Sikhs and Muslims while at the same time relegating members of Sikhs to the status of a Hindu cult”.

Global Sikh Council has called upon all Sikhs and people of other faiths to condemn these games of the BJP and their use of the Supreme Court to further their determination to make India a Hindu state. 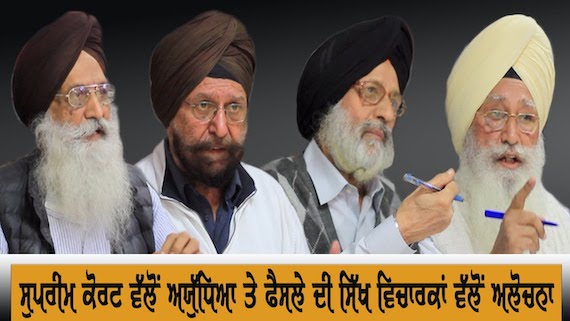