Chandigarh: An illustrated book on the life, struggle and Shaheedi of the fearless Jaswant Singh Khalra will be released internationally in the coming days. Shaheed Jaswant Singh Khalra had unearthed the truth about ‘unclaimed’ and ‘unidentified’ dead bodies in Punjab and revealed how the Indian state had unleashed the region of terror against the civilian Sikh population of Punjab during 1980s-1990s. Referring to widespread and systematic human rights abuses by Indian forces in Punjab, Justice Kuldeep Singh of Indian Supreme Court had observed that abuses that took place in Punjab were “worse than genocide”.

Shaheed Jaswant Singh Khalra lived for the rights of his land and its people and was murdered for uncovering thousands of state-enforced disappearances, illegal detentions, custodial killings, and mass cremations executed under the orders of the government. 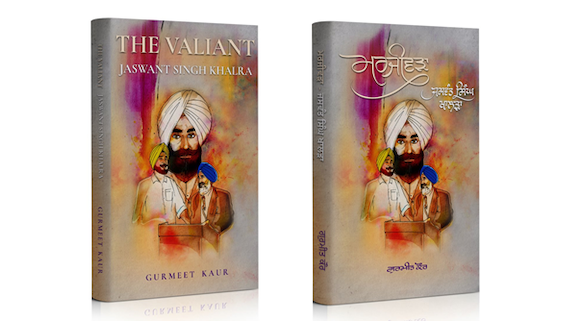 “The Valiant” is a book on Shahid Jaswant Singh Khalra which will be released to commemorate the 25th anniversary of his martyrdom, honoring his selflessness, courage and ultimate sacrifice.

The book has been published in Punjabi as well as English in two separate editions. In Punjabi its title is “Marjeevra”.

It is an illustrated book bringing to life the awe-inspiring life story of Shaheed Jaswant Singh Khalra, while educating, empowering and encouraging young Sikhs.

Speaking to Sikh Siyasat News (SSN) over phone, Bibi Paramjit Kaur Khalra said that the book will be released soon in Punjab and abroad.