NEW YORK: After the attacks on March 25, 2020, in the Gurdwara Guru Har Rai Sahib Ji in Kabul, the Sikh Diaspora moved swiftly to condemn the persons and groups responsible. Various Sikh organizations reached out to government leaders around the world to stand against religious persecution in Afghanistan and to protect Sikhs and other ethnic-religious minorities in the area. These bodies rallied support from the international community, the U.S. Administration, Afghanistan authorities, and Sikh Afghans on the ground in order that these terrorist attacks do not happen again. United Sikhs, a US based NGO which has been making efforts for safety for Afghan Sihs has called upon US President Donald Trump to take executive action to provide immediate safe harbor to Sikhs and Hindus who are being forced to flee.

“The Islamic State has taken responsibility for the March 25, 2020, terrorist massacre in the gurdwara that left 25 people dead and many others injured. On March 28th, there was another terrorist attack directed at the Sikh community with improvised explosives. Witnesses state that the Islamic State also issued a 10-day ultimatum for Sikhs to leave Afghanistan”, a release by United Sikhs reads.

“Within moments of the cowardly attacks, which included women and children, United Sikhs started a campaign in the U.S. to bring Sikhs and Hindus in Afghanistan to a safe haven. The organization reached out to the U.S. State Department and the American Sikh Caucus Committee”, the statement reads further.

Wanda Sanchez Day, United Sikhs’ Chief Legal Counsel and Acting National Legal Director said, “President Donald Trump’s and the United States’ stated commitment to protecting religious freedom around the world is at this moment being tested. Sikhs, Hindus, and other ethnoreligious groups, who during 18 years of war in Afghanistan following 9/11 were protected by the United States and coalition military forces, are now in harm’s way. This is especially true, and was foreseeable, after February 29, 2020, U.S.-Taliban Agreement and the March 2020 withdrawal of U.S. military personnel. The U.S. should rightfully include protections for these religious minorities as part of the Taliban- Afghanistan peace-making process. Those protections should include granting political asylum to victims of religious persecution.”

As per the NGO it has partnered with the American Sikh Caucus Committee to move the issue of their safety and their migration forward. Harpreet Singh Sandhu, Executive Director of the American Sikh Caucus Committee said, “United Sikhs was the first human rights organization to reach out after the March 25th incident and we immediately swung into action to reach out to the members of the Congressional Sikh Caucus. Our team quickly mobilized and worked day and night to reach out to Congress members John Garamendi, Jim Costa, Eliot Engel, and the House Foreign Affairs Committee members, as well as Senator Dick Durban and international leaders.” 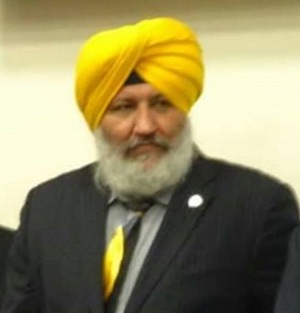 Harpeet Singh Sandhu also added, “We are thankful to Congress member Jim Costa and others who we have personally asked to assist with this urgent issue. We are presently waiting for a response from the Trump Administration on what will be done to assist Sikhs and other religious minorities who are forced to flee Afghanistan.”

Gurvinder Singh, United Sikhs’ International Humanitarian Aid Director said, “Numerous discussions between the State Department and United Sikhs have taken place and multiple options were discussed. U.S. Ambassador on Religious Freedoms, Sam Brownback, has been key to establishing a direct dialogue with India and Pakistan on this issue. We hope the U.S. and the Trump Administration can keep these religious minority communities safe from further attacks, and offer resettlement given the immediate and real threat.”

There are hopes that the international community will help and that India will accommodate many Sikh and Hindu refugees who have family ties in that country. Pakistan, Canada, UK, and the U.S. are also likely safe havens for Sikhs and Hindus who must re-settle.

The NGO’s Executive Director Jagdeep Singh, stated, “the humanitarian crisis, such as the one being endured by Sikhs and Hindus in Afghanistan, is not someone else’s problem. Religious intolerance, persecutions, and massacres harm us all, and victims should be protected.”

The Sikh NGO said it will continue to work with the United Nations, world leaders, human rights organizations, and Sikhs and Hindus in Afghanistan to provide humanitarian aid and necessary advocacy in order to protect and safeguard these vulnerable groups.