‘Imposition’ Of Elections On Nagas Not Acceptable, Will Not Go By Elections, says NSCN (IM)

Guwahati: After the mainstream political parties like- the BJP, Congress, Naga People’s Front (NPF) and Nationalist Democratic Progressive Party (NDPP) backtracked from their earlier decision of not to participate in the elections and then announced that they would  take part in the ensuing Nagaland assembly elections. 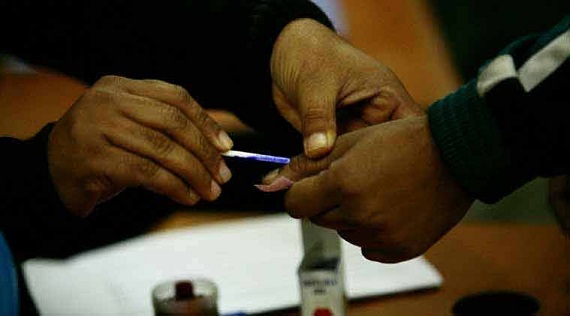 An “imposed” election was not acceptable, says NSCN (IM). (Image For Representation).

The National Socialist Council of Nagaland (Isaik Muhiwa) NSCN (IM) on Sunday reportedly said that an “imposed” election was not acceptable.

“We fully support the prudent decision of the Naga people for solution of the Naga issue and hence, not to go for election. We will stand by this decision to the end. We reiterate our stand that imposed election will not be acceptable to the Naga people,” reads the quote from the statement issued by NSCN (IM) published in an English daily.

Whilst handing out credit to Core Committee of Nagaland Tribal Hohos and Civil Organisations (CCNTHCO), the churches, tribal bodies, Naga Mothers, Naga Students’ Federation (NSF), and other groups “for their earnest and consistent decision to stand by the Naga people’s will”, the NSCN(IM) said it would not betray the trust on it “by God and the Naga people”.

“The NSCN shall uphold historical and political rights of the Nagas and sincerely endeavour to negotiate an honourable political settlement based on unique history and situation of the Nagas…” the group further added to its statement.