Chandigarh: When the defence lawyer of arrested Sikh youths – Jagtar Singh Jaggi, Ramandeep Singh Bagga and Hardeep Singh Shera & others, had alleged that the NIA had subverted the judicial and legal procedure to get the cases against 11 persons, including those aforesaid; transferred outside Punjab, it was merely an allegation. But now the order passed by the Supreme Court of India in this case has provided undeniable weightage to the claim. 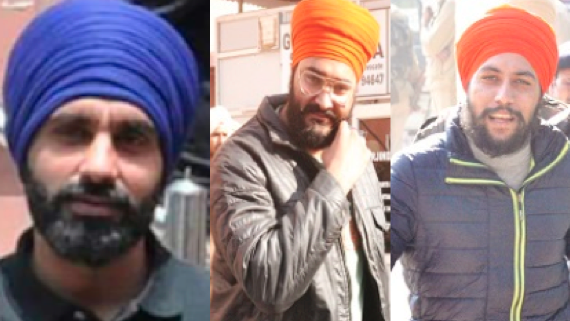 The Sikh Siyasat News (SSN) had obtained the copy of the order which states: “Considering the facts and circumstances of the case, as several witnesses have been shot dead, and considering the gravity of the charges involved, we deem it appropriate to transfer the cases mentioned at Prayer (a) of the Transfer Petition from the Court of Additional Sessions Judge/Judge, Special Court, NIA, SAS Nagar, Mohali to the competent court at Tis Hazari Courts, Delhi. Ordered accordingly. All the cases shall be tried together”.


No Witnesses Shot Dead, Instead a Witness Ended His Life Under NIA’s Pressure:

The base ground mentioned in SCI’s order is totally baseless and false. There is not even a single incident of concerned cases’ witnesses being shot dead. Instead, a witness named Rampal had committed suicide on January 23, 2018 alleging that the investigation and prosecution agency NIA was pressurising him to falsely depose against those arrested by the NIA in a case related to killing of Shiv Sena activist Durga Gupta. Rampal was reportedly the first person who had visited the spot of incident after Durga Gupta was shot dead by unidentified persons on April 23, 2016. He had taken the victim to the hospital.

According to Rampal’s family Rampal had told the NIA that when he visited the spot, he only saw the victim and took him to the hospital. But the NIA was pressurising him to depose as an eye-witness and identify the persons arrested by NIA as the assailants. 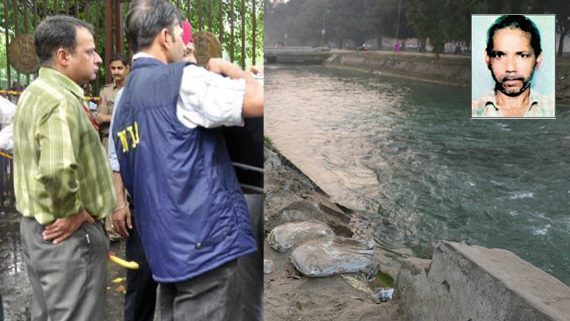 Rampal’s family members had told media that NIA was threatening him to take him to Delhi for interrogation if he did not agree to depose as an eye witness. His family members said that the NIA’s pressure had turned unbearable for Rampal and he jumped into a canal and ended his life.

A report (dated January 24, 2018) published on The Indian Express says that Rampal’s family members said that he “was being “mentally tortured” by the police and forced to become an eyewitness in the case”.

A report (dated January 24, 2018) in Ajit newspaper said that the NIA was in search of witnesses but the shopkeepers in the vicinity of place of occurrence are reluctant to depose as witnesses. It further stated that “Meanwhile some people told that the NIA is approaching people who are from a place located at a considerable distance from the place of occurrence to turn as witnesses in this case, where as its unlikely that they would have any information about the incident. These people are complaining harassment for that reason”. (Ess darmiyan kujh lokan ne keha ke N. I. A. ghatna sthan ton kafi door-door tak de lokan, jinah da ess ghatna bare koi jaankari hon da matlab hi nahib, nu v gavahi den lai bula rahi hai. Jis karan eh lok pareshan kite jaan de dosh laa rahe han).

NIA’s Desperation to Get Arrested Persons Transferred to Tihar Jail in Delhi:

NIA seems desperate to get the arrested persons transferred out of Punjab. The NIA had initially sought their jail transfer to Tihar Jail in Delhi but it was denied by the NIA special court of Ms. Anshul Berry in Mohali on February 16, 2018.

After this the NIA had got the NIA court shifted to another judge Nirbhow Singh Gill who was listening NIA’s plea to hide the details of witnesses when the NIA got stayed the trial proceedings from the Supreme Court of India (SCI).

On May 7, 2019 the SCI decided, in just 30 seconds, to transfer the cases from Mohali court to Delhi, as well as transfer arrested persons from Punjab jail to Tihar jail in Delhi. The respondents’ lawyers had maintained that the SCI did not even hear to their argument while passing the order. When the copy of order was updated on SCI website (accessed by Sikh Siyasat News on May 10) it was found that the order the based on false ground that several witnesses have been shot dead.

When asked to comment on this, defence lawyer Advocate Jaspal Singh Manjhpur said that the order substantiates their claims that the NIA was adopting off-procedure tactics to get the cases transferred out of Punjab. He reiterated that Jagtar Singh Johal and others would face life threat in Tihar jail.

“Senior lawyers of the Supreme court had prepared legal arguments against the cases and jail transfers. The case was listed for hearing in July but the date was preponed to May 7 in order to get it heard from a bench headed by a judge who was not even ready to listen to the respondents’ counsels. The copy of order reveals that it was passed on a totally false ground. All this is not a mere co-incident. The case would have been heard by a different bench in July as the roster was bound to change after vacations (before July)” said Advocate Jaspal Singh Manjhpur.

“All this shows that the NIA is indulging into subversion of judicial procedure and undermines the impartiality and fairness of the trials” he added.