Srinagar: Authorities in Indian-held Kashmir reimposed restrictions on people’s movement on August 18 following a flare-up of protests by Kashmiris. According to media reports, which cite officials saying that clashes between Kashmiri residents and police left dozens injured. 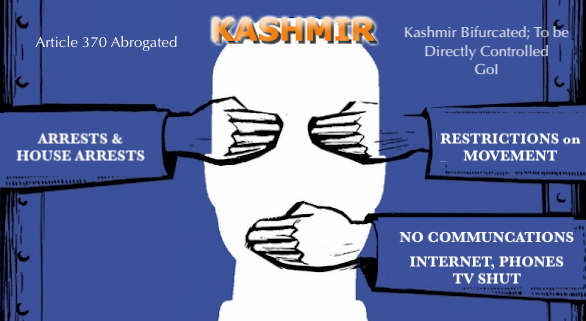 Indian authorities had unleashed a crackdown on Kashmiri people before August 5 as authorities imposed total news and information blackout, shutdown of Internet, media, and all type of phone service and placed curbs on movement of people.

As per reports demonstrators gathered in large numbers in several parts of Kashmir on Saturday after curbs were eased. Protesters reportedly pelted stones at security forces who fired teargas and pellets to disperse them.

Indian army ordered Kashmiris to return to their homes on Sunday and announced the reimposition of section 144, which bans assemblies of more than four people.

“We have been caged inside our homes by massive deployment of Indian policemen in our localities. It seems the whole of India has come to Kashmir to control the region”, The Independed quotes Shahid Mehraj, 24, of Pattan in north Kashmir.