Chandigarh: An Indian Air Force pilot was killed in a MiG-21 fighter jet crash at Langeana village of Punjab’s Moga district in the wee hours of Friday. The pilot has been identified as IAF MCC Squadron leader Abhinav Chaudhary and he was on night training when the accident happened, reports the Indian Express. 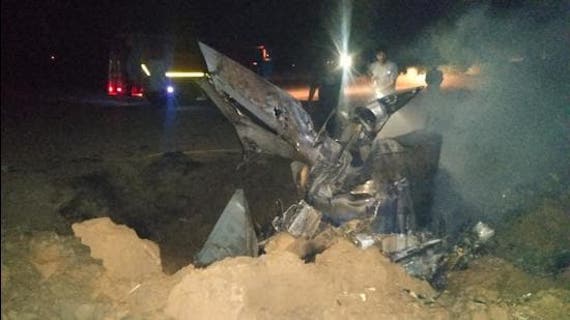 The MiG-21 that crashed in Moga district late on Thursday, May 20

The local police team and IAF officials from Bathinda and Halwara airbase reached the spot soon after the incident. After an intense four-hour search, the body of the pilot was recovered nearly 2-km away from the crash site. However, there was no other loss of life. No house or other structure suffered any damage in the village, the police reportedly said.

A report in Hindustan Times quotes Gurdeep Singh, SP (headquarter) of Moga saying, “There is a training facility for fighter jet pilots at a village near Jagraon town in Ludhina district. Abhinav Choudhary came here for training from Suratgarh and was going back when the jet crashed.”

There was an aircraft accident last night involving a Bison aircraft of IAF in the western sector. The pilot, Sqn Ldr Abhinav Choudhary, sustained fatal injuries. IAF condoles the tragic loss and stands firmly with the bereaved family.

A Court of Inquiry has been ordered to ascertain the cause of the accident, IAF said in another tweet.