Chandigarh: A day after Indian prime minister Narendra Modi told leader of Indian political parties during ‘All Party Meeting’ that “[n]either have any intruded into our border, nor has any post been taken over by them (China)”, Indian PMO issued a clarification alleging that “attempts [were] being made in some quarters to give a mischievous interpretation to remarks by the Prime Minister”.

Notably, opposition parties, including Congress party, has been targeting and questioning the BJP led central government that if no one intruded into Indian territory then when the clash broke out between Chinese and Indian soldiers, in which there were 20 causalities on Indian side.

A statement released by Indian PMO on June 20 (copy available with SSN), reads: Attempts are being made in some quarters to give a mischievous interpretation to remarks by the Prime Minister at the All-Party Meeting (APM) yesterday”. 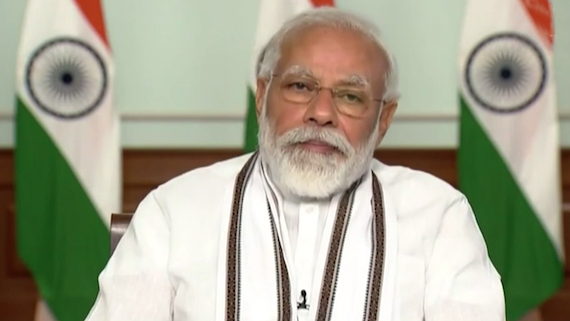 “Prime Minister was clear that India would respond firmly to any attempts to transgress the Line of Actual Control (LAC). In fact, he specifically emphasized that in contrast to the past neglect of such challenges, Indian forces now decisively counter any violations of LAC (“unhe rokte hain, unhe tokte hain”)”, the statement reads.

“The words of Prime Minister “Those who tried to transgress our land were taught a befitting lesson by our brave sons of soil”, succinctly summed up the ethos and the values of our armed forces. The Prime Minister further emphasised, “I want to assure you, that our armed forces will leave no stone unturned to protect our borders”. ”, the statement issued by Indian PMO reads further.

With Saturday (June 20) statement Indian PMO might have tired to counter the opposition criticism, but the clarifications offered in this statement are themselves not much clear.

The criticism was no the point that the Indian PM said that “[n]either have any intruded into our border, nor has any post been taken over by them (China)”.

Even the clarification issued by PMO did not clear whether or not Chinese soldiers entered into territory claimed by India in Galwan valley.

Notably, Indian government is going defensive on Ladakh standoff with China and it is seen that the Indian side is trying to underplay the incident.