New Delhi: As per the media reports pro-hindutva Bhartiya Janata Party (BJP) here today while bringing down the curtains on the cliffhanger over selecting its nominee for Indian presidential election has announced serving Bihar Governor Ram Nath Kovind as their candidate. 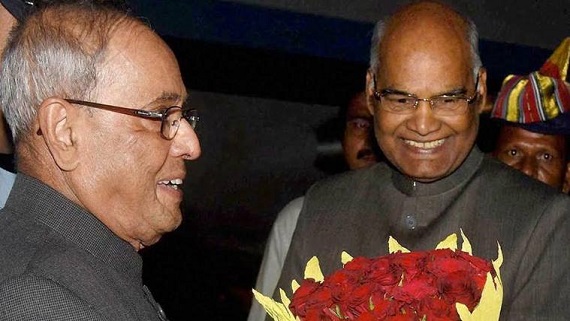 It is being reported by media that Seventy-one-year-old Kovind is a Dalit leader from Kanpur. He was previously elected to the Rajya Sabha from Uttar Pradesh. Kovind used to practice as a Supreme Court lawyer.

While addressing the press conference BJP chief Amit Shah stated that  “Ram Nath Kovind always fought for the betterment of  the Dalits and other backward castes.”

He further said that the Indian Prime Minister has spoken to Congress president Sonia Gandhi, Shad said: “Sonia ji told us that she would discuss this within the party and take a call on their next move.” The Opposition will be meeting on June 22 to decide whether to name a candidate or support the NDA, notes Indian Express (IE).

Ram Nath Kovind is native of Uttar Pradesh, Belonging to a poor Dalit community it is said  that he had reached the position with great struggle in public life, reads a quote from the statement of Amit Shah in The Tribune (TT).