Chandigarh: Indian media had raised a huge cry showing photograph of Jaspal Atwal with Canadian Prime Minister Trudeau’s wife Sophie and Infrastructure Minister Amarjit Sohi. The photograph was reportedly clicked during an event in Mumbai during Trudeau’s visit to the Indian Subcontinent. 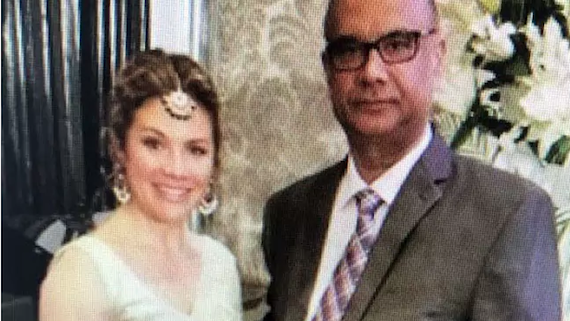 Notably, Jaspal Atwal was convicted and sentenced for attacking an Indian minister in Canada in 1986. The Indian media asserted that the photograph was an proof of it’s allegations against the Canadian Prime Minister that he and his government was facilitating Canadian Sikhs, who support the cause of an Independent Sikh state called Khalistan to be established in the Indian subcontinent. Trudeau has disapproved Jaspal Atwal’s presence during the event.

However, it came into light soon that Jaspal Atwal has been visiting India for past few years and he has been in touch with Indian officials, including India’s Ministry of External Affairs.

Canadian officials had maintained that Indian establishment had facilitated Jaspal Atwal’s presence during the Mumbai event.

An open admission from an Official of India’s Ministry of External Affairs has exposed the fabrication by Indian Media.

Ravish Kumar, Spokesperson of India’s MEA said that there was nothing illegal in Jaspal Atwal’s entry into India, his third visit since January 2017.

“Jaspal Atwal has travelled to India on a valid visa. He has visited India on earlier occasions since January 2017,” said Raveesh Kumar, the MEA spokesperson.