Does the glorification of army/police symbolises Indians’ slavish mentality?

A usual glorification of the army goes like this: that standing on night duty at borders soldiers protests the Indians sleeping cozily at their homes.

That glorification is now shared by police: that patrolling on roads during lockdown/curfew police protects Indians shielded in their homes from deadly coronavirus. Such glorification is meant to prepare ‘us’ not to resent or speak against police excesses if any. Imparting such a ‘holy status’ (out of our fear) to police led even democrats to jump in favor of police in the Patiala Nihang case. Using that incident police went for all fanciful arrests and secured propaganda mileage as ‘saviors’. Are we citizens entitled to some rights or still subjects at the mercy of the British type masters? Dr. Ambedkar sounded correct as he told BBC in 1953 that with the least chance of removing social and economic inequality, the political top-dressing in India will not bring about a real democracy except a periodic change of rulers through managed elections. 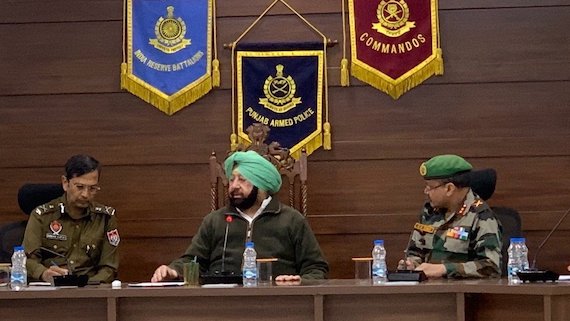 Otherwise, the glorification of rulers is meant to inculcate ‘fear’ among the ruled. Such stalking ‘fear’ enters our self and makes us coward individually. So cowards make up for their ‘fear’ by indulging in ‘mob frenzy and lynching’. That is why lynching is frequently happening in India.

Latest on Sunday, three Adivasis were lynched in Palghar area in Maharashtra. Fear hyped by the media and officials that Tablighis are spreading corona led to attack on Muslims and restricting of Muslim vendors from entering residential areas and refusal by hospitals to entertain ailing Muslims. Could the use of ‘fear’ as an instrument for consolidating the Hindu majority produce a “mentally-sound Nation”?