Jammu: Curfew continues in Ranibagh area of Jammu after yesterday’s police firing in which one Sikh youth, Bhai Jagjeeet Singh, was killed while three others had sustained bullet injuries. Though there are no reports of fresh police violence from Jammu the situation is still very tense.

Meanwhile there are reports of protests in Kathua and Srinagar. Police has reportedly arrested some Sikh youth in Srinagar.

Local Sikh leaders of Jammu are expected to hold a press conference today to make certain announcements on behalf of Sikh sangat. 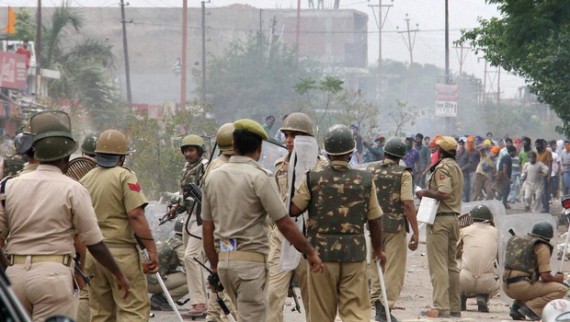 Reports received last evening had suggested that the Sikh sangat of Jammu was firm to hold 6 June Saheedi Samagam in the memory of martyrs of Ghallughara June 1984. The annual samgam was to be held in Simbal Camp area of Jammu.

Organizers of Shaheedi Samagam told Sikh Siyasat News (SSN) over phone that they were holding this shaheedi samgam for last two decades.

Pro-freedom Kashmiri leader SAS Geelani has strongly condemned Jammu police action against the Sikhs. He said that the police action was of worst kind of state-terrorism.

Dal Khalsa and SGPC have also condemned the police firing on Sikhs in Jammu.