Jammu: Several Sikh organizations today demanded rollback of a government decision to accord promotion to Senior Superintendent of Police, Jammu, Uttam Chand, holding him responsible for killing of a Sikh youth in June last year.

The members, as per a statement, appealed Governor, N N Vohra, to look into the matter and reverse the process of promotion of the officer.

Avtar Singh said that the recently held screening committee headed by Chief Secretary, Private Secretary Home and DGP has reportedly cleared the name of Uttam Chand SSP Jammu for promotion to the rank of DIG. “This is mockery of the highest order resorted to by the state administration as the person being recommended for promotion is a murder accused in the brutal killing of a Sikh youth Jasjeet Singh who was killed by unauthorized orders of Uttam Chand during the nonviolent and peaceful protest of Sikhs at Gadigarh on 4th of June, 2015”. 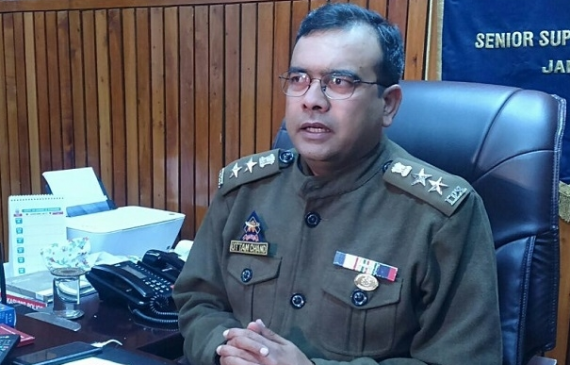 “It is strange that after a wide spread protest after the innocent killing Uttam Chand was removed from the post of SSP Jammu but due to the hobnobbing of some traitors among Sikhs and some high up in the administration he was allowed to rejoin”, he claimed, adding that neither enquiry was conducted against him nor was any action taken “due to the political interference of those who were at the helm of affairs at that time”.

They urged the Governor to personally look into the matter “and seek status report from state vigilance commission about a pending complaint against Uttam Chand and also seek the status of the case pending before the Hon’ble High Court of J&K before taking a final call on the subject”.