Ludhiana: A day after the death of Sikh activist Joga Singh Khalistani at the Dayanand Medical College and Hospital (DMCH) Ludhiana, members of various Sikh groups have refused to cremate his body until the main accused are arrested.

Sri Guru Granth Sahib Satikar Sabha chief Sukhdeep Singh Khosa said the cremation would be held only after the main accused were arrested. 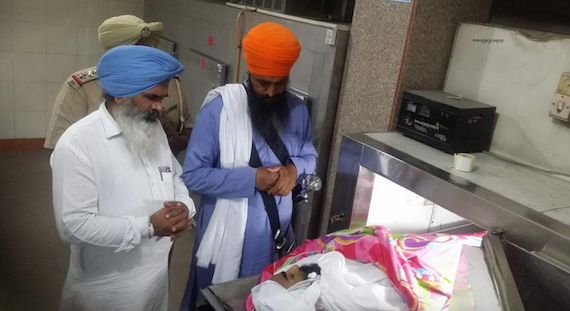 The protesters recite ‘Gurbani‘ during their protest. Joga Singh Khalistani died after battling for life for around three months. The cause of his death was head injury, as he was attacked by car-borne persons at Churpur Road on June 30.

Initially, the Haibowal Police registered an attempt-to-murder case against nine persons, and Sandeep Singh was also nominated in the case, but Sandeep along with his brother Pardeep Singh was granted interim bail by the Punjab and Haryana high court. The protesters want the addition of section 302 (murder) in this case and immediate arrest of Sandeep Singh. 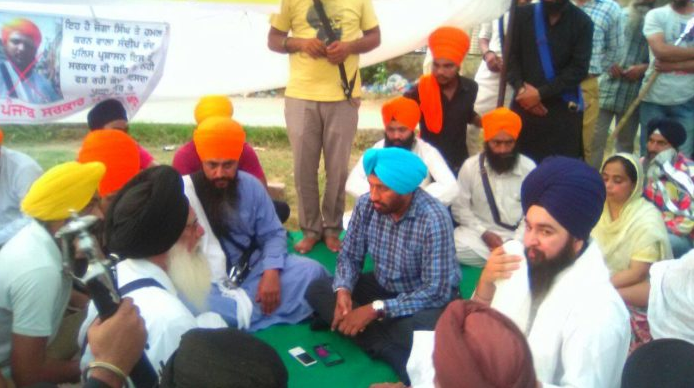 A view of protest outside DMC Hospital

SHO Amarjit Singh said that earlier, five accused were arrested, but they came out on bail. On Friday, they had again arrested one of the accused, but the main accused Sandeep Singh is still at large.

However, raids are being conducted. Meanwhile, protesters said their protest would continue day and night, and they would neither get the post-mortem done nor cremate the body.