Chandigarh: Noted investigative journalist Rana Ayub on launched the Punjabi version of her book the “Gujrat Files”  at Prachin Kala Kendra, Sector 35 Chandigarh. In her opening statement while addressing the audience she thanked Buta Singh for the accurate translation of the book and was overwhelmed by such a positive response she received for her book. Further adding to it she said  “I never thought of writing a book out of my investigating story and it was only after a long and tiring battle with my own organisation (Tehlka) for persuading them to publish it story that I came up with this idea of writing this book “Gujrat Files”. 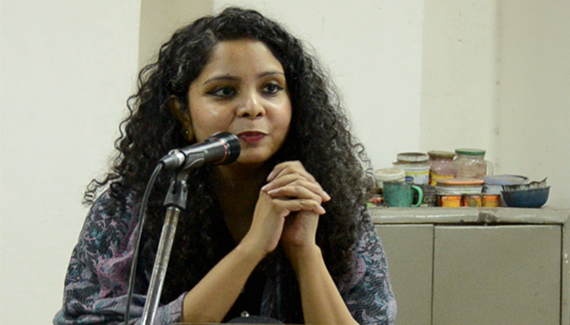 Whist sharing her experience she said that the most primary aim for writing “Gujrat File” was to awake the general public and stir up there consciousness against the atrocities committed by the Indian State upon the minorities residing in this  sub-continent, As fake encounters and other repressive methods such as denial of freedom of speech are used against the minority communities. To substantiate her claim she talked about an incident that how the  Government of India got cancelled an event through its High Commission in Qatar where she was suppose to read a paper on former president of India A.P.J Abdul Kalam on his birth anniversary.

In her address she gave brief detail about as how at the age of 26 she went undercover for this story so that she could become voice of those innocent victims of Gujrat genocide of 2002. Rana Ayyub said though she does not consider  sting journalism to be a good form of journalism but she had to do the sting into Gujarat fake encounters and 2002 Gujarat massacre as those who knew the truth had deliberately suffered amnesia before the Nanavati commission. “As these persons did not told the truth to the commission, I had to bring it out by way of sting investigation”, she added.She further said that  on an average she had to meet at least 20 times with a single individual  in order to bring the  truth out of them. 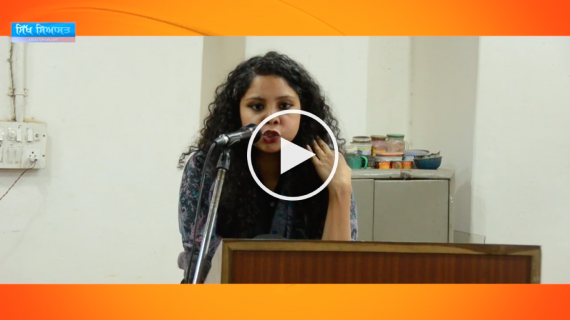