Chandigarh: The Justice (Retd.) Ranjit Singh Commission has sought a response from former Deputy Chief Minister Sukhbir Singh Badal and Central Minister Vijay Sampla following their statements in a memorandum submitted to the Governor on the incidents of beadbi.

Justice (Retd.) Ranjit Singh had recently written to the Chief Secretary for providing the memorandum’s copy submitted by “some political party leaders”. The note had mentioned a deep-rooted conspiracy, having national ramifications, behind the incidents. The commission had stated that evidence to this effect had not surfaced before it so far. 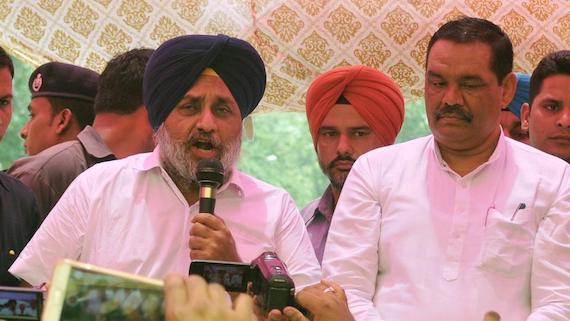 The commission, it its communication to SAD (Badal) chief Sukhbir Singh Badal and BJP leader Vijay Sampla, has stated that information on the incidents mentioned in the memorandum submitted under their signatures was vital for the ongoing inquiry.

Badal and Sampla have been asked to urgently share the information through a duly sworn affidavit either by appearing in person or through post, notes a report in The Tribune (TT).