Ludhiana: A day after media reports claimed that Navjot Sidhu’s name was being considered as next president of Punjab unit of Bhartiya Janta Party (BJP), BJP state chief Kamal Sharma rejected the media reports. He was talking to media persons at Ludhiana on July 13, 2015.

He said that there was enough time for next assembly elections in Punjab and the BJP had no plans to change present structure or leadership of state unit. 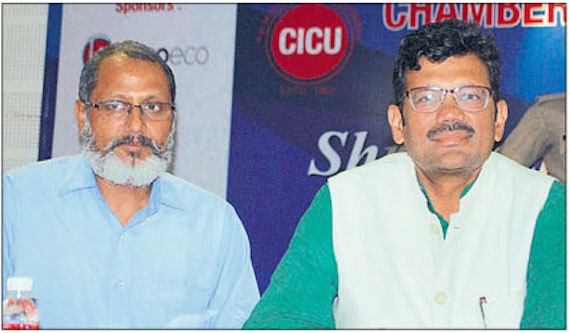 At this stage these reports are nothing more than a rumour, said Kamal Sharma.

It is notable that there were reports in the media that the central leadership of Bhartiya Janta Party (BJP) was seriously thinking about giving prime responsibility to a Sikh face in Punjab. A news in Daily Mail says that cricketer turned politician Navjot Sidhu, who had distanced himself from active politics after he was dropped as BJP candidate in the last Lok Sabha election, may be playing active role for BJP in Punjab politics. (for details see: Navjot Sidhu in run for Punjab BJP state chief: media reports).