Chandigarh: Journalist Kanwar Sandhu, who had conducted a long interview of former Punjab police inspector Gurmeet Pinky about fake encounters, extra-judicial murders and enforced disappearances in Punjab, has release a video blog at YouTube in response to Gurmeet Pinky’s U-turn on his disclosures about human rights abuses in Punjab.

In a short video released on his YouTube Channel on Feb. 10, journalist Kanwar Sandhu said that he was not able to post video blog for past few days as his mother had expired.

Kanwar Sandhu said that people should themselves judge the ‘standard of journalism’ by PTC News channel that had aired some bites of Gurmeet Pinky after labelling them as “big disclosures”.

It is notable that Kanwar Sandhu had conducted a long interview of former cop Gurmeet Pinky (dismissed from service after being convicted in a murder case) about systematic and widespread abuse of human rights by Punjab police during mid-1980s to mid-1990s period in Punjab. The interview was released by Kanwar Sandhu on his YouTube channel in 6 parts (episodes). 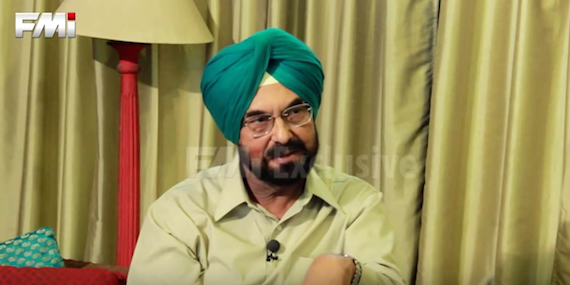 In a complaint filed with the Chandigarh police, Gurmeet Pinky has reportedly alleged that Kanwar Sandhu had given him a written transcript to read. He said that he had come from jail and was under depression. He alleged that he was lured away by Kanwar Sandhu and Sarabjit Virk to gave such interviews. 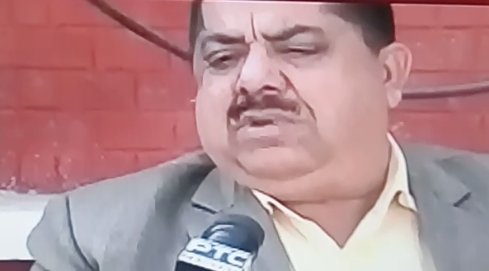 Kanwar Sandhu also rejected Gurmeet Pinky’s allegation that he (Sandhu) had provided him (Pinky) a written script to read before the interviews. Sandhu said that the papers Gurmeet Pinky is showing were parts of his (Kanwar Sandhu’s) diary which he had forgot at Aroma hotel during a meeting with Gurmeet Pinky on December 19. He said that as a journalist he was taking notes of interview with Gurmeet Pinky. Some of these notes were taken before video recordings, while others were taken during or after the interview, said Sandhu. He maintained that he had the CCTV footage of the hotel camera to support his claim that the diary was picked up by Gurmeet Pinky from the hotel on that day.

Kanwar Sandhu also rejected the allegation that he had received foreign fundings to conduct interview with Gurmeet Pinky. “You all know much in a much better way that how much money you had sent for me to conduct these interviews”, Sandhu said in his video blog.

He said that he had taken initiative to bring out the truth. “This truth can not be veiled now as one person may take U-turn but the truth won’t” he added.

He said that he had raw (unedited) footage of interview with Gurmeet Pinky and he could make it public on YouTube in case of need.