Chandigarh: Khalis Foundation, creator of Sundar Gutka mobile app, has come up with a new app called ‘My First Gutka’. The App is created specially for kids.

“… [w]e have developed My First Gutka – the first ever Gutka app aimed at kids”, reads a release from the Khalis Foundation. 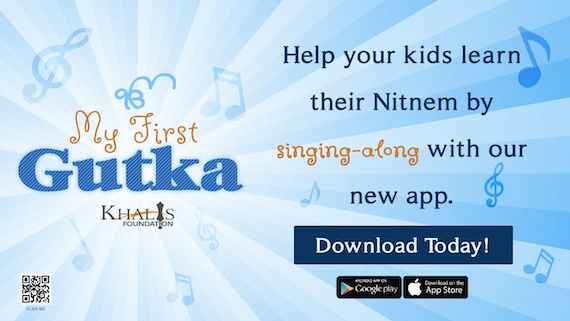 “Our first version has Japji Sahib and Sohila for your kids not to only read, on a screen designed for them, but also to sing-along to the Bani and learn. It helps them not only read the Banis correctly, but memorize them with fun & catchy tunes that will play in their minds all day”, the release reads further.

The App is available for Android and iPhone/iOS devices and can be downloaded from Google Play Store and Apple App Store.