Ludhiana: A trial court in Ludhiana today discharged a case, known as the Khalistan T-Shirts case. The case was registered on the basis of a police complaint filed by a local Shiv Sena leader Baljit Jassia back in 2011 in which he had objected the sale of T shirts which supported a snap of Sant Jarnail Singh Bhindrawale on the front and further captioned as “When the Indian army sets foot in the Harimander Sahib complex the foundation stone of Khalistan will be laid”.

On the basis of complaint by Baldev Jassian the local police had registered a case u/FIR no 233 of 21-12-2011 under sections 153-A IPC (disturbing peace and communal harmony). Sikh activist Manwinder Singh Giaspura, who unearthed the Sikh massacre of 1984 at village Honde Chillar, Haryana was named as ‘accused’ in this case. 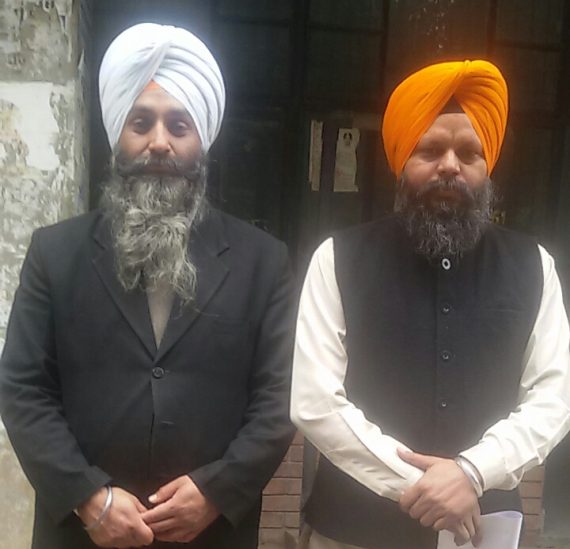 Defense counsel Advocate Jaspal Singh Manjhpur told Sikh Siyasat News (SSN) that Judicial Magistrate, Ludhiana Court Ravneet Kaur had framed the charges on 21 July 2016. The charges were challenged by the defense and as a result the case was discharges today, he added.

He said that Manwinder Singh Giaspura was today discharged by session judge Sandeep Kumar Singla in this case.

Advocate Manjhpur in his statement to the media said that the police was not able to relate the confiscated T-shirt with Manwinder Singh, he further added that  the challan of the case was filed by the police with reference to section 153 A of IPC to which the sessions court declared not applicable to this case by quoting past judgement given by the Supreme Court of India and various state high courts. The court further stated that mere usage of a snap as well as captions dose not amount to the violation of section 153-A.