New Delhi: The killing of 28-year-old journalist Shantanu Bhowmick in the course of his work in Mandai, Tripura, is another sickening assault on freedom of expression, Amnesty International India said today. 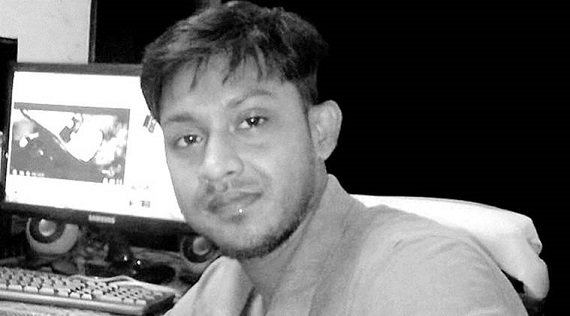 “Shantanu Bhowmick’s gruesome murder again exposes the vulnerability of journalists working in difficult situations. The perpetrators must be brought to justice, if more attacks on journalists are to be prevented,” said Arijit Sen, Programme Manager, Amnesty International India.

On 20 September, Bhowmick, who worked for a local television news channel “Dinraat”, was covering an agitation in Mandai by the Indigenous Peoples’ Front of Tripura (IPFT) for a separate tribal state. The IPFT had clashed in recent days with the Tripura Rajaer Upajati Ganamukti Parishad (TRUGP), a group affiliated with the ruling Communist Party of India (Marxist). Authorities had issued executive orders prohibiting public assembly in several parts of Tripura.

According to some media reports, when the police baton-charged demonstrators, Bhowmick was caught in the clash, and then abducted and killed with sharp weapons, allegedly by members of the IPFT.

“Police have taken suo motu cognizance of the issue. The entire area of Mandai had witnessed violence carried out by the IPFT. Four people have been arrested as part of a violent mob. There is one First Information Report that includes the murder,” Abhijit Saptarishi, Superintendent of Police, West Tripura told Amnesty International India.

Earlier in September, prominent journalist Gauri Lankesh was killed by gunmen outside her home in Bengaluru, Karnataka.

“The killing of journalists cannot become the order of the day. State governments must everything in their power to prevent journalists from becoming targets for their viewpoints or affiliations. Authorities must end impunity for these killings,” said Arijit Sen.

The Committee to Protect Journalists has said that there have been no convictions in any of the 27 cases of journalists murdered for their work in India since 1992. In 2016, the organization urged the central government to bring together journalists, scholars and experts on freedom of expression to submit draft proposals for a national-level journalist safety and protection mechanism.