The case FIR no. 89 was registered at City Kotkapura police station on June 13, 2018 which says that during investigation of another case a search was conducted at the house of Mahinderpal Bittu and during this search a copy of Bhai Bala Ji Wali Janam Sakhi was recovered in a disgraceful situation. 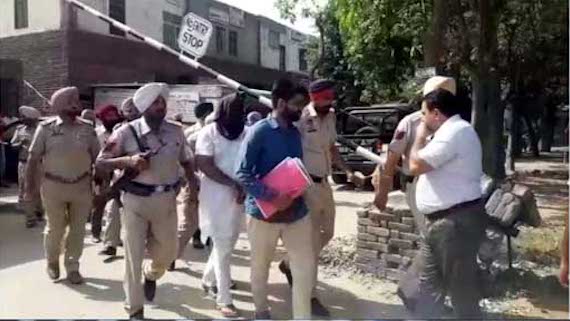 The concerned FIR was registered on the complaint of ASI Amarjit Singh under section 295A of the Indian Penal Code.

As per information all three arrested dera followers are sent on police remand till 4 October.

It is notable that in June 2018 Punjab police had arrested Mahinderpal Bittu in a 2011 arson case where Dera followers had committed arson in Moga district. He was later named in Burj Jawanhar Singh Wala and Bargari beadbi cases by the CBI. He was granted bail by the CBI court few weeks back.