California: A member of the Northern California Sikh Society, sometimes referred to as the Hughson Sikh Gurdwara, on Hughson Avenue, has withdrawn his lawsuit against it.

The lawsuit brought by Sumeet Singh alleged that board members “have forcefully asserted their control over the Gurdwara’s operations for the past 14 years,” he said. He cited “highly suspicious activity,” including “failure to release the financial reports to the congregation, and continued manipulation of Gurdwara elections and operations.” 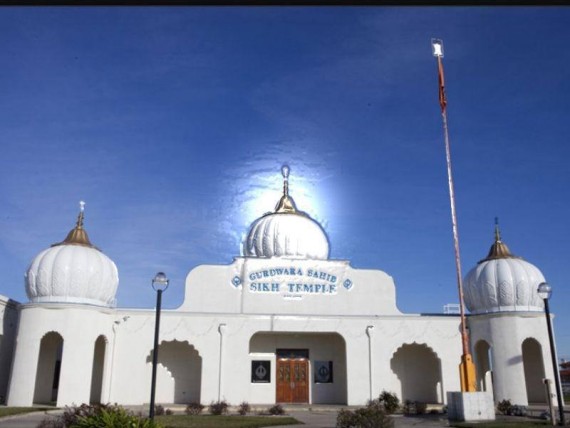 Attorney John K. Peltier of the Law Offices of Brunn & Flynn in Modesto, representing Singh, said his client filed the request for dismissal after receiving assurances late last month that a fair and open election will be held at the Gurdwara. Peltier said he knew of no election date set, but added, “We’re assuming they will honor that representation,” and if not, Singh will look at his next course of action.

In an email to The Bee, Ashvindar K. Singh, on behalf of the Northern California Sikh Society, said, “NCSS is very happy to report to its members that Sumeet Singh dismissed his court case on May 11, 2015, almost two years after he first made his allegations against the committee and NCSS. The dismissal with prejudice, meaning he can never again sue based on his allegations, was filed just before NCSS was about to take the depositions of his witnesses …

“We did look forward to proving our innocence before the judge at the trial, but we accept this dismissal as a tremendous victory.”

The Northern California Sikh Society is separate from another Sikh Gurdwara in Hughson, Gurdwara Sahib on East Hatch Road, which also has been divided by a dispute over executive board elections.

Note: Above news was originally published by MODBEE.COM at source url: http://www.modbee.com/news/article22451916.html | It’s republished as above for the information of readers/ visitors of Sikh Siyasat News.