Ludhiana: A local court of Jagjeet Singh Judicial Magistrate 1st Class, Ludhiana dismissed application of Bikram Majithia in which he was seeking cancellation of Sanjay Singh’s Bail which had been granted to Sanjay Singh by the Court on February 8, 2016. 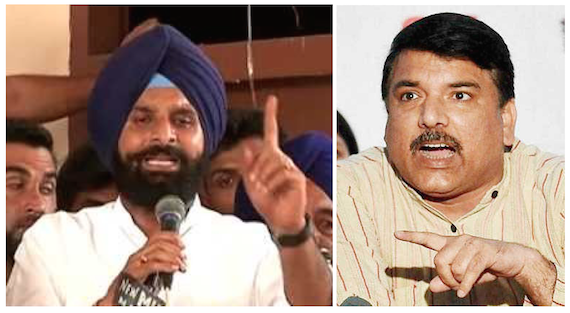 Himmat Singh Shergill, Counsel for Sanjay Singh in this case submitted before the Court that Sanjay Singh’s statements regarding Majithia’s involvement in drug trade are statements of TRUTH and that no one can stop Sanjay Singh from speaking the truth and that not Majithia but only a Court can decide whether an offence has been commited which warrants cancellation of Bail.

On 4th June lengthy arguments had taken place between counsels of both sides in the Court and the Court had deferred the pronouncement of order to 13th June.

Sanjay Singh alleged that Drugs problem has become Sorrow of Punjab and Aam Aadmi Party will continue to raise its voice against Bikram Majithia and all the culprits involved in drug trade in Punjab.