H.S. Phoolka leader of opposition in Punjab Vidhan Sabha in a statement issued here said that the incident of default setting of an EVM linked with VVPAT to BJP symbol during trial for assembly by-poll of Bhind in Madhya Pradesh has vindicated the AAP allegations that EVM were tampered with by ruling party. “AAP national convener Arvind Kejriwal had brought the matter in the notice of Chief Election Commissioner of India but no heed was paid to it”, he added. 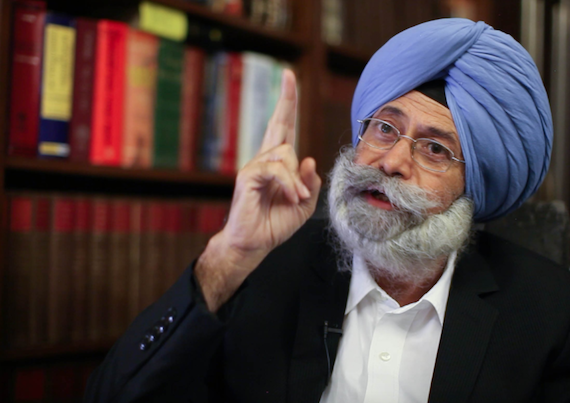 H. S. Phoolka said that AAP and Congress party had demanded use of ballot paper in the Delhi assembly elections and Delhi Election Commission had turned down the demand. He said that now it was moral duty of Congress party to support AAP for validation of all EVMs used with VVPAT in the assembly elections. He said that alleged tampering of EVMs was bigger conspiracy to hijack the election system and a serious threat to democracy in India from BJP.

AAP leader said that all opposition parties shall take united stand on the issue to save the democracy. He also reiterated the demand for use of trditional method of ballot papers in all future electins till the time the doubts about EVMs are not cleared.

He also condemned the behaviour of State Electoral Officer of Madhya Pradesh who threatened journalists asking not to publish the matter of EVM fraud in the media.