As per release Jaspreet Singh Attorney at Law New York and California USA, who is representing S Manjit Singh GK in the case filed by Harjit Singh and Janki Kaur in U.S. District Court in Southern Distt of NY, has stated that although S Manjit Singh GK was not properly served summons and a copy of complaint in New York, yet he has filed a response in the Court. 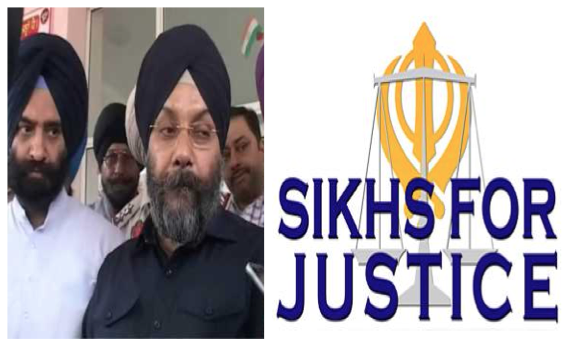 “In the response we have denied all Charges against S Manjit Singh GK which are absolutely Baseless and lack merit. We have stated in our response that S Manjit Singh GK was not Properly Served in Ny. We have also stated that the case be dismissed” the press release quotes Attorney Jaspreet Singh.

According to GK’s counsel the case against DSGMC chief was without any Legal Merit. He said that Harjit Singh and Janki Kaur have levelled baseless charges against Manjit Singh GK.

“They cannot prove these charges in the Court” Jaspreet Singh said.

“This case cannot stand on any legal basis . Torture Victim Protection Act, under which this case has been filed does not even apply to S Manjit Singh GK” he added.

He expressed confidence that the lawsuit will be dismissed by the court soon.

About Lawsuit against Manjit Singh GK:

According to Sikhs For Justice (SFJ) a US Federal Court in New York has issued summons against Manjit Singh G.K., President “Delhi Sikh Gurudwara Management Committee” (DSGMC) on the charges of using torture as tool to wrest the control of top Sikh body.

July 10 complaint filed by victims under “Torture Victim Protection Act” (TVPA) of 1991 seeks punitive and compensatory damages against DSGMC President. TVPA allows filing of lawsuits in the United States against the individuals who committed torture on a foreign soil.

Plaintiff Harjit Singh, a former ally of Manjit Singh GK and active supporter of SAD (Badal) alleges that a reign of death threats and torture was unleashed by police at the orders of GK after he refused to extend support and campaign for him during 2013 elections.

Janki Kaur, a widow of 1984 Anti-Sikh violence alleges that she was harassed in front of GK when she went to claim compensation at DSGMC head office at Rakab Ganj. Although compensation was approved eventually but she was threatened by GK not to report the mistreatment to the media.