Amritsar: A five-member panel, formed by Bhai Jagtar Singh Hawara, has given an ultimatum to the state government to meet the promises its ministers had made when Bargari Insaaf Morcha ended its protest over beadbi and Saka Behbal Kalan cases and on Sikh political prisoner’ issue on December 9 last year.

Addressing media persons on Wednesday (Feb. 13) that they would launch a protest in front of Amritsar jail on February 20 if their demands were not met. 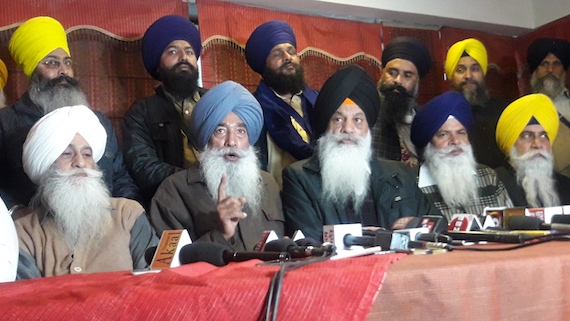 Prof. Baljinder Singh, a member of the five member committee, said that two ministers of the Punjab government had promised to meet their demands at the time the protest was lifted. “Nones of our demand has been fulfilled so far and we fell betrayed by Punjab’s Congress government,” he said.

The committee had held a meeting at Chandigarh on January 27 to chalk out future course of action.