The Bhartiya Janta Party (BJP) had hit the Indian subcontinent with a strong electoral wave in 2019, when it returned to power with 303 Lok Sabha seats. The Hindutva party swept elections across many regions. Punjab, however, was an exception. Surveys, held prior to the election, had highlighted that in Punjab there was a negative perception for the Bhartiya Janta Party as well as the Modi government. As a community, the surveys had added, Sikhs disliked Modi, RSS and BJP the most.

After resuming power, the Modi government is eagerly pursuing its agenda and accomplishing various tasks to achieve the goal of converting the diverse peninsula into a “Hindu nation-state”. 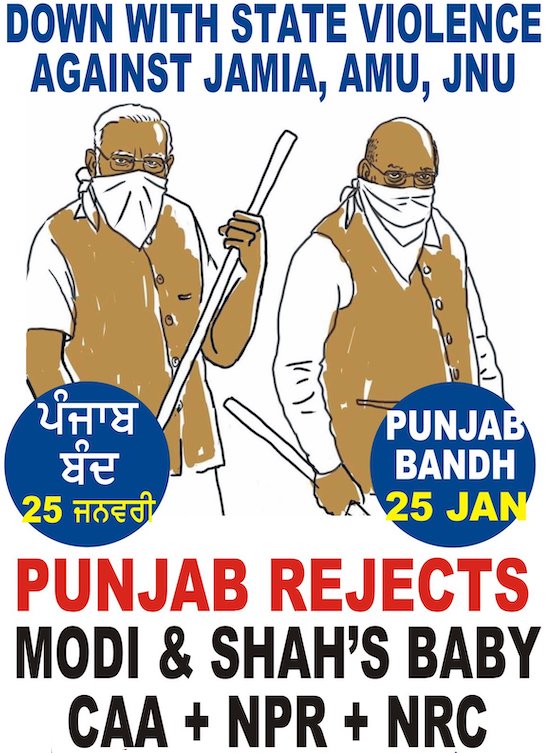 A part of a 25 January Punjab Bandh poster

Revocation of special status of Jammu and Kashmir and bifurcating it into two centrally administered Union territories, enactment of Citizenship Amendment Act (CAA) and efforts to implement National Population Register (NRP) & National Register of Citizens (NRC)- all have invited strong reactions from Punjab.

BJP’s ally Shiromani Akali Dal (Badal) may have supported BJP in the parliament but even SAD (B) avoids supporting such moves amongst the masses.

Series of Events Expressing Dissent and Opposition to Govt. Moves:

People of Punjab have expressed their dissent and opposition to the Modi government’s moves on multiple occasions.

Soon after the Government of India terminated special status of J&K by abrogating Article 370 and Article 35A of the Indian Constitution, people of Punjab extended their open support to the people of Kashmir by holding press conferences, protests, demonstrations, issuing statements. Sikh led these initiatives by ensuring safety of Kashmiris across the regions outside the state of Jammu and Kashmir.

While political leaders from neighbouring region of Haryana were passing vulgar and offensive comments against Kashmiri women, Akal Takht Jathedar issued a firm statement from Amritsar that the Sikhs won’t allow the repetition of 1984 with the Kashmiri women. 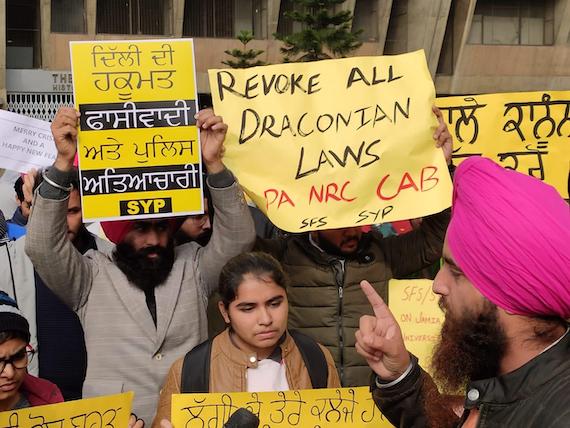 The Congress government, which was formed in 2017 more in opposition to Badal-BJP alliance than due the influence of or support for the Congress party, has also issued gestures against the Modi-Shah government by passing a resolution against CAA.

A section of the Sikh organisations have given Punjab Bandh call for January 25 (2020) to register their protest against CAA, NPR and NRC. 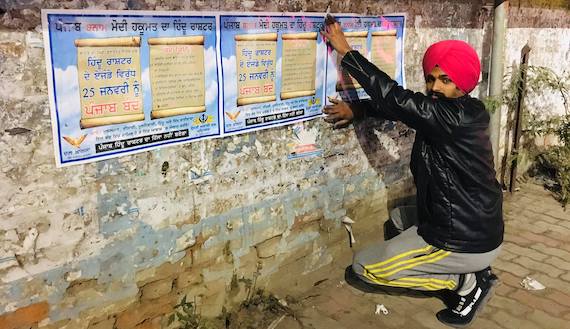 The shutdown will be observed a day prior to January 26 which is marked by the Indian state as its republic day, as the Constitution of India was adopted on this day in 1950.

The bandh call stands in continuity of a number of moves showing that the Punjab stands against Modi-Shah’s Hindutva moves.