Hoshiarpur: Dal Khalsa slams the Indian government for stoking the climate of fear psychosis through “terror tactics” compelling Amnesty International India to shut down its services in the country.

The unrelenting crackdown on Amnesty members by the government enforcement agencies is evidence that fascist government led by Prime Minister Narendra Modi has failed to uphold the freedom of speech and independent thought.

Party spokesman Kanwar Pal Singh said the bank account of the human rights watchdog has been frozen by the right-wing government, forcing it to lay off staff and stop campaign and research work in the South Asian nation. 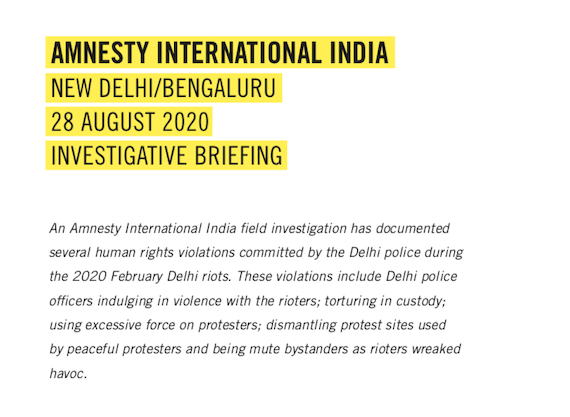 The Sikh group accused the government of running a “ruthless witch hunt” campaign against human rights organisations on flimsy grounds.

Targeting Amnesty for its investigating work into state sponsored violence in Delhi in Feb 2020 and the silencing of voices in Jammu and Kashmir leaves no one in doubt that India has much to hide its poor record of rights abuses from the international community, said he.

He urged the UN human rights council to take note of the repressive and intimidating acts of the Indian government that forced Amnesty to cease its crucial human rights work in India as of now.

Pertinently, Amnesty operates in more than 70 countries across the globe. Amnesty’s announcement comes at the time when political space of those who dare to speak out against Govt’s fascist policies is fast shrinking.

With growing criticism of the government’s discriminatory policies and attacks on the rule of law, the Home Ministry seems more interested in shooting the messenger than addressing the conflict, said he.