Nakodar/Chandigarh: The Punjab government announced to act on recommendations of Justice Ranjit Singh Commission today. Punjab CM Capt. Amarinder Singh held a press conference in Chandigarh and announced to hand over the investigation of Kotkapura and Behbal Kalan firing incident to the Central Bureau of Investigation (CBI). At the same time kins of four innocent Sikhs murdered by Punjab police in Nakodar thirty six years ago demanded disclosure of Justice Gurnam Singh Commission that was appointed to inquire into that incident. 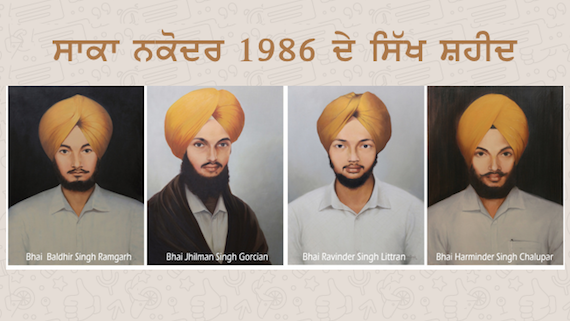 Punjab government has marked an inquiry into the incident. The inquiry was conducted by Justice Gurnam Singh who submitted his inquiry report to Punjab government on 29 March, 1987. But the report was never made public.

Successive government in Punjab have sit over the inquiry report. The miscreants who were involved in the desecration of Shri Guru Granth Sahib or the killer cops who gunned down the innocent Sikhs were never brought to justice, said Bapu Baldev Singh father of Shaheed Bhai Ravinder Singh.

He demanded that the Punjab government should make the report of Justice Gurnam Singh inquiry public so that people could know who were guilty for killing four innocent Sikh youth.