Chandigarh: Member of Parliament Santokh Singh Chaudhary on Thursday wrote to Chief Minister Captain Amarinder Singh requesting an investigation into the killing of four Sikh youth protesters at the hands of police in 1986 when they were protesting over burning of birs of Guru Granth Sahib. 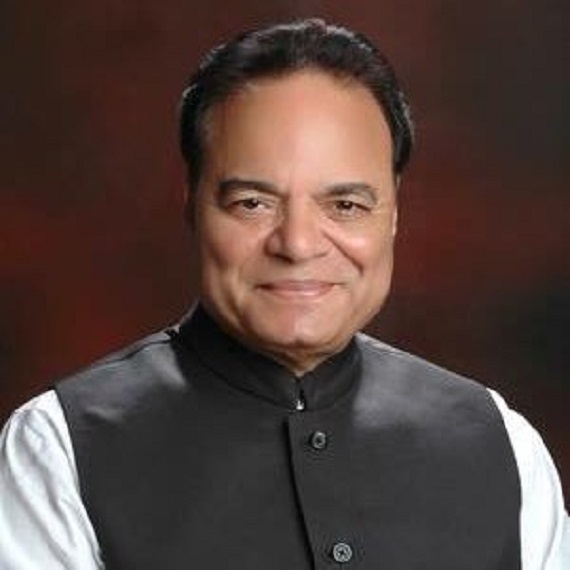 He said that during the Lok Sabha election campaign in 2019, he had raised the Saka Nakodar police firing case, and on the day of filing of nomination papers in Jalandhar, he had requested the Chief Minister to open an investigation into the unfortunate incident and provide justice to the families of victims. Captain Amarinder Singh had promised that the case will be reopened and investigated. 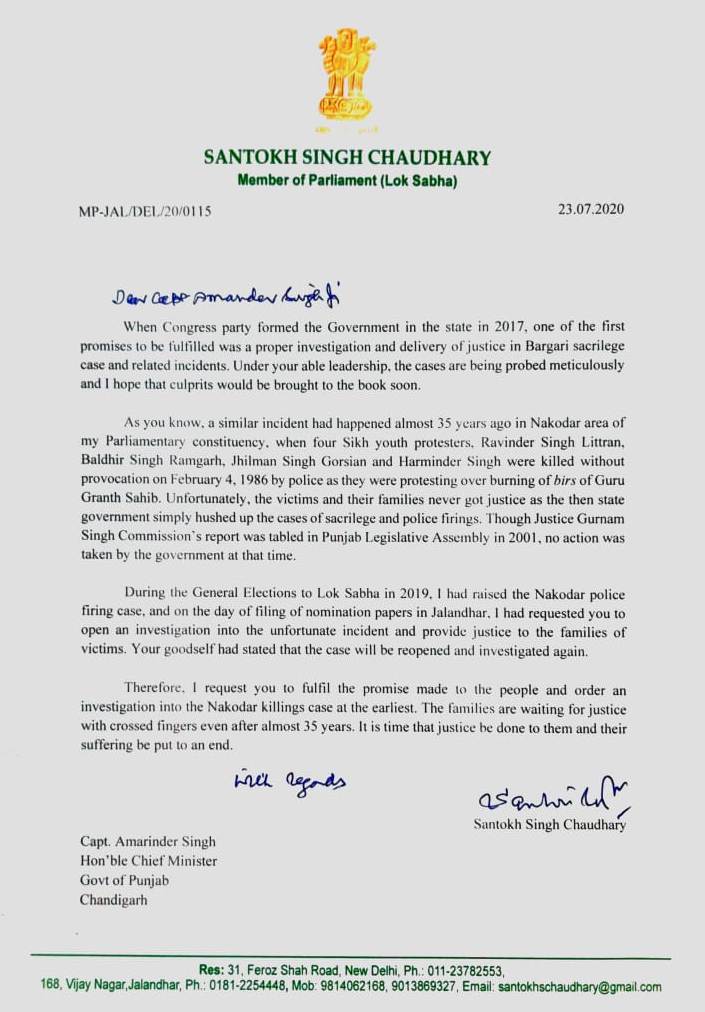 The senior Congress leader stated in his letter that “when Congress party formed the Government in the state in 2017, one of the first promises to be fulfilled was a proper investigation and delivery of justice in Bargari sacrilege case and related incidents” and those cases are being “probed meticulously.”

He further wrote that the four Sikh youth protesters, Ravinder Singh Littran, Baldhir Singh Ramgarh, Jhilman Singh Gorsian and Harminder Singh were killed without provocation on February 4, 1986 by police, but the victims and their families never got justice as the then state government simply hushed up the cases of sacrilege and police firings. “Though Justice Gurnam Singh Commission’s report was tabled in Punjab Legislative Assembly in 2001, no action was taken by the government at that time,” he added. 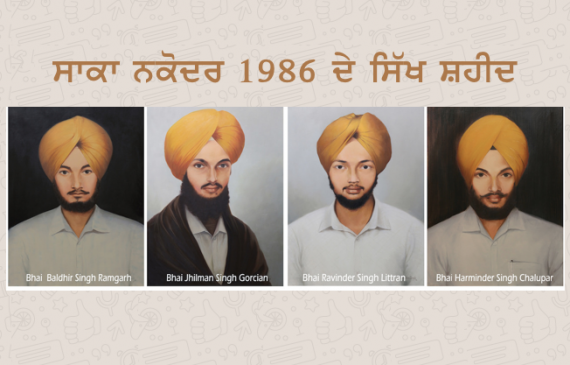 Chaudhary Santokh Singh requested the CM to fulfil the promise made to the people and order an investigation into the Nakodar killings case at the earliest. “The families are waiting for justice with crossed fingers even after almost 35 years. It is time that justice be done to them and their suffering be put to an end,” he said.