When coronavirus looming large, fifty big businessmen- wilful defaulters—got their Bank loans of Re 68607 crores written off. The indifference shown to distress faced by lakhs of trapped workers in urban areas has exposed the BJP rulers of their real character and style of their “democratic governance”. Earlier, the BJP bosses refused to reply Rahul Gandhi’s on his direct query on these loans in Parliament. Later RBI revealed the secret through RTI. Thus, the Opposition and Parliament have been rendered meaningless. Those whose loans have been written off are “friends” of the BJP including fugitive Nirav Modi, Mehul Choksi and Vijay Malaya et al. The Modi regime has waived off 6.66 lakh crores loans of the big business in 6 years. Does the BJP rule face any qualms of ‘political morality’ as it serves the elite and refuses to enhance and universalize Public Distribution System (PDS) to feed the starving poor? 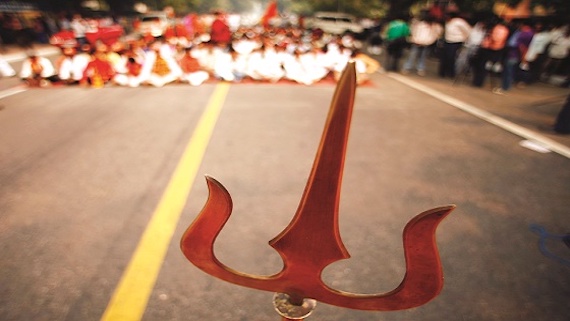 In the name of reviving ancient Hindu civilization, a ‘Hindu majoritarian rule’ has already been set-up with one percent ‘super-rich’ owning near 60 percent of Indian wealth deriving 50 percent poor population to hold a begging bowl. Yet, BJP is marching towards “Hindu Rashtra’’( Hindu Nation-State).

Could ‘Hindu Rashtra’ bring all honey/milk to the poor with equality and dignity ensured at par with Super-rich? Or Hindu Rashtra is a jumla (ploy)?

Pakistan (Muslim Nation-State), created to set up a fabled ‘Madina’ of Prophet Mohammad has turned out a rule of a handful of Nawabs/ Super-rich with no say/equality of kami-kameen.

World over such nation-states have propped up profit-based capitalist regimes with one percent Super-rich elites ruling over millions of poor. But such governance succeeded in maintaining an illusion of ‘democracy for and by the people’.

Feeling deprived of ‘political space of their own’ some Sikhs have been fiddling with various nomenclatures of governance. Since most of them hate the word ‘socialism’ in letter and spirit, the only option left is the capitalist Nation-State. In the last 35 years, they failed to elaborate “Third Alternate System” but choose to accuse the questioners.