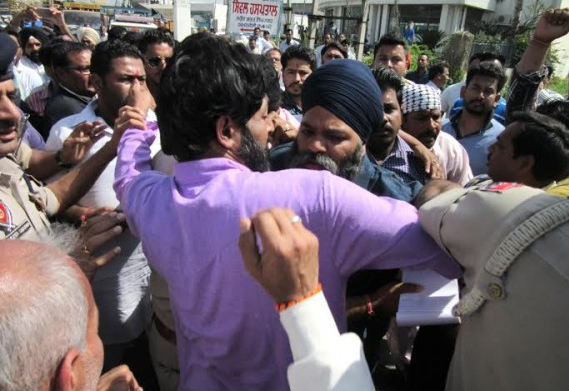 In a written communication, the Sikh bodies expressed their resentment against the Nawanshehr incident in which some Sikh youth were allegedly beaten up Shiv Sena activists who were demonstrating in Nawanshahr on March 25.

The memorandum submitted to the SSP by Sikh bodies seek registration of cases against the accused responsible for hurting their religious sentiments. Similar protests were held in Nawanshahr.

The protesters threatened to launch a stir if the accused were not arrested by Wednesday.