“There were 7 casualties and 11 are injured of which 2 being critical have been referred to PGI chandigarh”, sources told Sikh Siyasat News.

According to eye witness, 7 bodies have been taken out so far while many have been feared trapped after boulders fell on Gurdwara Manikaran Sahib (HP) building due to a landslide. 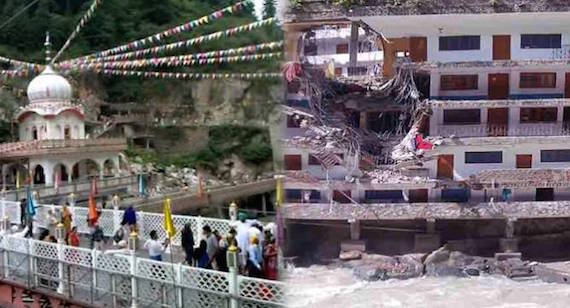 Seven dead bodies have been recovered so far and the relief and rescue operation is underway which is assisted by locals. Death toll may rise, notes a report by News Nation.

Manikaran is located in the Parvati Valley along the banks of river Parvati, northeast of Bhuntar in the Kullu District of Himachal Pradesh.

Earlier on July 23, a busy carrying 69 persons had fell into a river. 23 persons had escaped with injuries, while 14 bodies have been recovered, 32 are still missing.