SYL Canal is neither necessary, nor possible and won’t let it constructed: Punjab CM Badal

Chandigarh: Punjab Chief Minister made another statement in the Punjab state assembly saying that the construction of controversial Satluj Yamuna Link Canal was never necessary as Punjab has not spare water to share with non-riparian neighbouring state. He said that given the state of water crisis in Punjab itself it is neither necessary nor possible to construct the SYL canal and his government won’t let it constructed at any cost.

CM Badal said in his statement that after passing of a bill by the state assembly to return the SYL canal land to the farmers, from whom it was acquired about three decades ago, the original owners of the land have taken possession of their land. 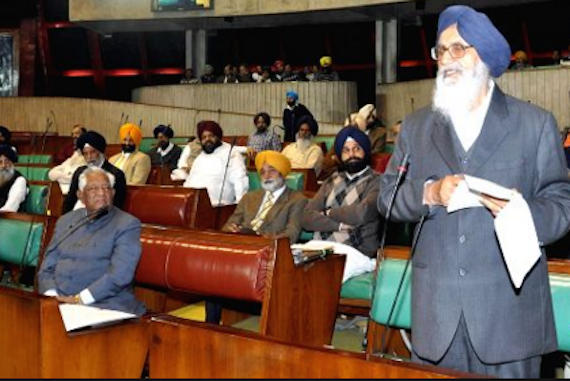 “No decision taken by any party in violation of globally and domestically accepted riparian rule in order to deprive Punjab from it’s riparian right to use it’s river waters will be accepted” said CM Badal.

Badal also moved another resolution against SYL Canal in the Punjab assembly. English translation of the resolution reads as follows:

“At present times, Punjab is facing a severe water crisis. The State has not a single drop of spare water to share with others. In this view, there was no need to construct Satluj Yamuna Link Canal and even today there is no need to do so. This house unanimously resolve that the construction of Satluj Yamuna Link Canal won’t be allowed at any cost”.

The resolution was passed unanimously by house with support of the opposition.

It is notable that CM Badal did not make any mention of section 5 of Punjab Termination of Agreements Act, 2004 that has stamped the outflow of Punjab’s river water (more than 1.4 million acre feet) to non-riparian states of Rajasthan, Haryana and Delhi. CM Badal’s party Shiromani Akali Dal (Badal) had promised in it’s election manifesto in 2007 and 2012 assembly polls to scrap section 5 of PTAA if voted to power. But he made no effort during last 9 years to scrap the controversial provision, enacted by the Punjab state assembly in violation of ‘riparian rights’ of Punjab.