Chandigarh: Sikh Siyasat, an online media network, held a premiere screening of documentary ‘OUTJUSTICED 2’ at Chandigarh on September 03. OUTJUSTICED 2, the second documentary in a series titled ‘OutJusticed – the untold stories’, makes special reference to the 2012 Gurdaspur police firing incident in which a Sikh student Bhai Jaspal Singh Gurdaspur was killed.

The screening was attended by journalists, film makers, intellectuals, scholars and socio-political leaders and activists.

Parmjeet Singh, editor of Sikh Siyasat News and director of the documentary said: “Some people have been ‘outjusticed’ – pushed out of the ambit of the circle of justice – by the system and our OutJusticed documentary series is an attempt to document and tell the stories of those people”. 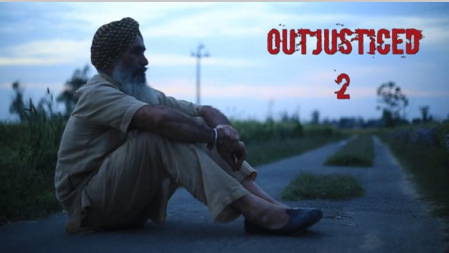 He said that certain events, though happening at different times, can be better understood in their mutual context. The incident where Police opened fire in Gurdaspur did not emerge out of any vacuum. It has a political context just like the human rights abuses in Punjab have their root in the political questions of the Sikhs and the Punjab.

“In regards to human rights abuses in Punjab, there are three basic facts: firstly, that these are committed to crush the political assertion of the Sikhs; secondly, the whole state system, including the judiciary, stand in complicity, especially through the policy of impunity; and thirdly, this not a thing of the past as it continues even to the present times. The case of Jaspal Singh Gurdaspur has emerged as a ‘witness’ to these facts”, said he.

The documentary is yet to be released; global screenings are being explored, he added.