Chandigarh: Congress regime appointed new Punjab Advocate-General Atul Nanda has announced to reiterate previous stand of Punjab government on Satluj Yamuna Link (SYL) canal issue. He said that that much water had flown since the SYL issue was initially taken up and the change in circumstances itself was a ground.

Atul Nanda said that the Punjab government was contemplating the move to approach various authorities, including the Central Government of India against the construction of the controversial SYL canal.

As per media report the statement came soon after Atul Nanda attended a top-level meeting on the issue on Monday (March 20) afternoon. He also met Chief Minister Capt Amarinder Singh later during the day.

“We do not have water. The water table is depleting. Jamuna (Yamuna) was not even taken into consideration. The change in circumstances is a ground”, The Tribune quotes state’s AG.

“Keeping all these things in view, we are formulating a strategy. We are also contemplating approaching various authorities, central authorities. I think the Chief Minister is soon going to make a statement to this effect,” he reportedly added.

Notably, the matter of the controversial SYL Canal is scheduled to come up for further hearing before the Supreme Court on March 28. 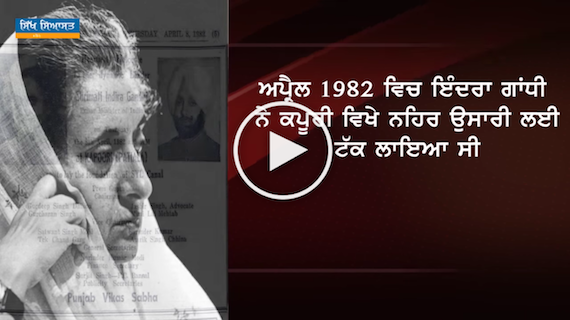