Gurdaspur SSP, 3 Others Put on Notice For Threatening Witness of 1994 Fake Encounter

Chandigarh: A Special CBI Court of Judge Nirbhau Singh Gill has issued notice to Gurdaspur SSP and three others for threatening a witness in a 1994 fake encounter case.

On the complaint of witness Mukhtiar Singh, the court has issued notice to Gurdaspur SSP Swarandeep Singh, former cop and case accused Daljeet Singh, Inspector Surinderpal Singh and DSP Baldev Singh for May 1.

The witness added that the SSP was offering him to accept huge amount of money and was promising that a person from victims’ families will be given job in the police department for reaching a compromise. He said that he was being pressurised to present a fake medical certificate in the court on April 24 so as to make the court to adjourn the hearing on some other future date and they could get time to finalise the compromise. 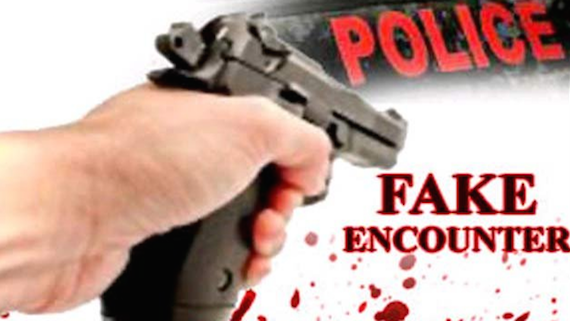 The court took notice of complaint filed by Mukhtiar Singh which included phone call records of SSP’s reader and thus summoned the SSP.

Mukhtiar Singh also told the court that one of the accused, a former cop, Daljeet Singh called him on various occasions and threatened him and told him to accept Rs. 60 lakh and job offer for forging a compromise in this case. He told the court that former DSP Baldev Singh also threatened him to reach the compromise or be ready to face the consequences.

The period of mid-1980s-mid-1990s was marred by systematic, organised and widespread abuse of human rights by the Punjab police and extra-judicial killings, enforced disappearances and fake encounters had come common policing practise. There were thousands of cases of fake encounters but only a few were investigated by the CBI. This was one of those cases.

In this case the CBI had chargesheeted the the Gurdaspur SP (Operations) Vivek Mishra, DSP Baldev Singh Sekhon, SHO (Kahnuwal) Pritam Singh, SHO (Dhaliwal) Malook Singh and 24 more cops. Six accused have already died as the case was put on stay by the Indian supreme court for 14 years on a petty technical issued. The stay was lifted in 2016 and the case is under trial now in a CBI court in Mohali.

The high-up in the Punjab police want to protect the accused police officials and the then Punjab police DGP Suresh Arora in September 2018 had asked the Central government to take lenient view to the cases of these cops.