Now Gurdwaras Across US Follows The Suit, ‘Bans’ Entry Of Indian Diplomats

New York: The initial chain reaction started by the Sikhs up in the north (Canada) going through United Kingdom has now reached the US.

Following the suit started by their breathrens in Canada, the management committees of 96 Sikh Gurdwaras across the United States (US) has decided to ban the entry of Indian diplomats and ‘individuals representing Indian interests’ in their ‘official’ capacity in Sikh shrines. 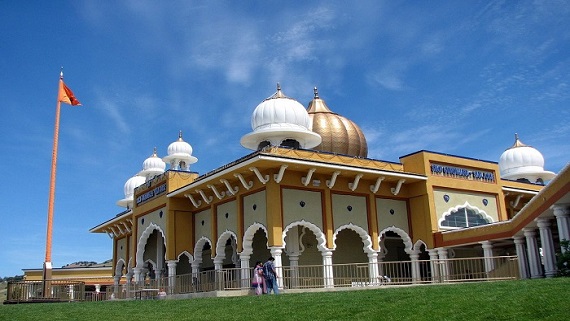 According to a reported press release they have also been prohibited from participation in the annual parades coinciding with the birth of the Khalsa.

It is said that the decision was made through a unanimously adopted resolution of the committees, which cited the 1984 Indian Army attack on the Darbar Sahib (the holiest place of worship for the Sikhs), and the massacre that followed it, as reasons for the move.

Labeling of Sikhs as Hindus, under Article 25 of the constitution in the Hindu-majority country, is also an affront to the Sikhs, reads the quote from a report published in an English vernacular.

The said resolution was reportedly moved by the Sikh Coordination Committee of East Coast (SCCEC) and American Gurdwara Prabhandik Committee (AGPC), the two largest umbrella organizations of Sikhs in the US.

“This historic decision (of banning the entry of Indian diplomats) will also expose members and organizations in our midst who have been supporting the Indian regime for the last three decades,” reads the statement of Himmat Singh, a representative of the committees published in Express Tribune (ET).

Furthermore, while interacting with the media Avtar Singh Pannu member of the AGPC, alleged that “Under the cover of community outreach, the Indian diplomats are creating an atmosphere of intimidation among the Sikhs who have taken refuge US, Canada, England and European nations from the constant persecution they suffer in India.”