New Delhi: As per media reports, a petrol bomb was thrown this morning near a police barricade at Delhi’s Shaheen Bagh, heart of protests against Citizenship (Amendment) Act or CAA.

Later a biker was seen throwing a crude bomb near Jamia University, about five km away from the protest site, reads a report by NDTV.

“Petrol Bomb was thrown on barricades away from the (Shaheen Bagh) protesters, we have recovered some bottles used in the case and are investigating on it,” senior police officer Kumar Gyanesh was quoted as saying by a news agency.

As per reports, the incident took place at around 9:30 am.

“Two people were seen on a bike near the barricades, we are checking the CCTV footages for detailed investigation,” he added. 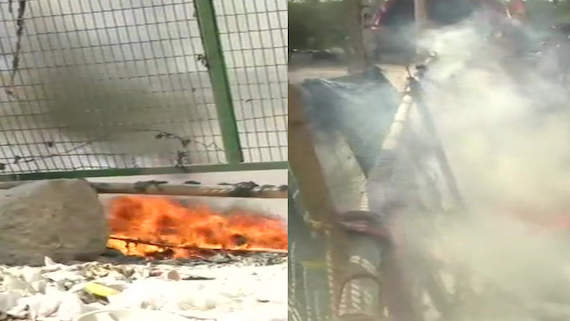 Two images of the incident

The unique sit-in protest at Shaheen Bagh, conducted mostly by women, has been on for more than 90 days.

The peaceful protest, which inspired similar demonstrations across the country, has made international headlines. They have been protesting against the Citizenship Amendment Act, National Register of Citizen (NRC) and National Population Register (NPR).

On Saturday, as some of these protesters held a meeting with cops, differences emerged as one group favoured continuing the agitation, while some people said it should be called off. 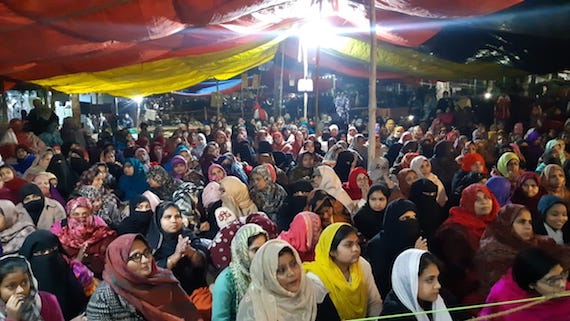 A view of protest at Shaheen Bagh [File Photo]

The attack comes on a day when millions across India are observing a “Janata Cufew” call by Prime Minister Narendra Modi amid rising number of coronavirus cases.

At Shaheen Bagh, the organizers have said agitation would continue, adding that the protesters were being provided with masks and hand sanitisers and there was no need to be scared.

The size of the gathering has been significantly reduced.

“If PM Modi wants us to be safe from coronavirus, then he should have withdrawn CAA, NPR and NRC. We will hold our protest tomorrow too,” Salima, one of the protesters at Shaheen Bagh, reportedly said on Saturday.