New Delhi: As per the media reports Pakistan’s high commissioner to India Sohail Mehmood is returning to Delhi on Thursday, even as both countries continue to level allegations of harassment of each other’s diplomats in respective missions.

Sohail Mehmood was called back to the Islamabad Foreign Ministry for consultations last week amid a tense stand-off, where India and Pakistan accused each other of violation of the ‘Vienna Convention’ that provides security to serving diplomats to be able to conduct their duties in host nations.

Dr. Faisal Mohammad, Spokesperson of the Pakistan Foreign Ministry, reportedly said that “Mehmood heads back on Thursday, incidentally just a day ahead of the 70th Pakistan National Day celebrations to be hosted by the envoy at the mission on Friday.” 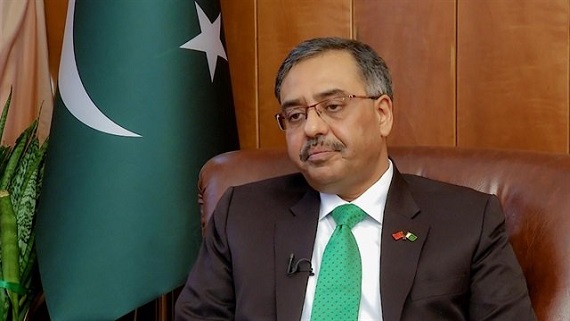 It was propagated by India in its mainstream media that High Commissioners being called back is a ‘routine affair’ though the media sources in Pakistan suggested that Mehmood’s return would be subject to resolution of the diplomats’ issue.

“The High Commissioner will not return to India anytime soon”, an official source was quoted by the Pakistani media in what was seen as posturing without a formal recall of the envoy. India and Pakistan last recalled their envoys in 2002 following the terror strikes on the Indian Parliament.

Earlier, this month the Pakistan High Commission in Delhi circulated several videos as evidence that its “staff and their children have been chased on streets dangerously, photographed and bullied” by unknown persons accused to be security agents from 7th March onwards. It is said that Sohail Mehmood personally raised this issue with Foreign Secretary Vijay Gokhale in a meeting on 8th March.

Similarly, on the same page, India has sent more than a dozen note verbales to lodge protests against intimidation of Indian High Commissioner Ajay Bisaria and other staff members in Islamabad over the last few days through ways similar to the Pakistani complaints.

“It is hoped that better sense would prevail and measures would be taken to roll back. It is important to keep the broader picture of the overall relationship in view,” reads the quote from the statement given by Sohail Mehmood to The Tribune (TT).

Relationship between the two neighbors continues to be deeply strained with severe bloodshed along the Line of Control and the International Border.