Amritsar Sahib: As per the media reports the organisers of Panthic Gathering 2015 are running pillar to post in their efforts to maintain unity among the ‘acting’ Jathedars appointed at village Chabba on November 10, 2015.

Notably, Bhai Amrik Singh Anjala had resigned on Monday as Acting Jathedar of Takht Kesgarh Sahib. While addressing media-persons, Bhai Ajnala had said that he had failed to fulfil the aspirations of the Sikh sangat gathered at village Chabba during the Sarbar Khalsa 2015.

Gurdeep Singh Bathinda, general secretary of the United Akali Dal (UAD), who was one of the organisers of the ‘Panthic Gathering‘ reportedly said that talks were on to bring them all on one platform. “We are organising a meeting so that their differences can be sorted out,” he further added. 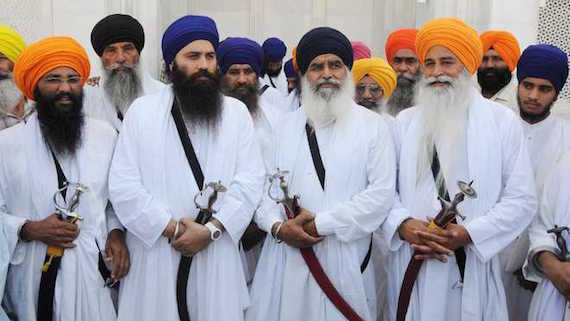 Bhai Dhian Singh Mand, who was appointed as ‘acting Jathedar’ of Akal Takhat Sahib, reportedly claimed that  the issue was being blown out of proportion. He further assured that they would all be together at the Darbar Sahib complex soon to deliberate over Panthic issues.

“We never step up an inch without consulting Bhai Amrik Singh Ajnala on any issue. Had there been any difference of opinion, he could have approached us directly. We will resolve grudges, if any, without any outside support,” he further added to his statement.

“Acting” Jathedar of the Takht Damdama Sahib Bhai Baljit Singh Daduwal reportedly said he too had no inkling about any issue over which Ajnala could have a diverse opinion. “There must be a lack of communication between us which led to this confusion. The meeting scheduled at the Darbar Sahib on November 13 was postponed due to ill-health of Bhai Mand,” he further said.

While quoting the party’s inside sources  a report in The Tribune (TT) said that  UAD members were in touch with the trio and also held a meeting with Bhai Dhain Singh Mand and Bhai Baljit Singh Daduwal in Malwa.