London: In a statement issued today, the Sikh Federation UK said that London’s administration has denied permissions to pro-India rally in London.

Bhai Amrik Singh, Chair of the Sikh Federation (UK) said: “We welcome clarification from the office of London’s Mayor that the pro-Indian group do not have permission to hold their “We stand with India” rally in Trafalgar Square today”. 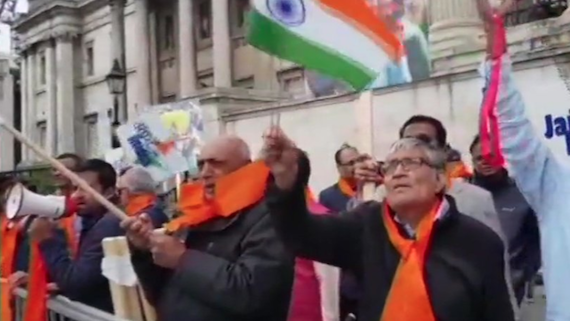 “This pro-India rally event sponsored by the Indian authorities was intended to cause disruption for those legitimately campaigning for the Sikhs’ right to self determination”, he added.

“We have met with the Metropolitan Police twice in the last few weeks and urged them to deal with pro-India protesters wanting to cause trouble and promote a reaction from law-abiding Sikhs.”

Live broadcasts by UK based Sikh tv channels show that may Sikhs have gathered at Trafalgar Square to attend “London Declaration” event that is being organised by Sikhs for Justice (SFJ) as part of its “Referendum 2020” move.