Police arrests woman for Beadbi at Ghawaddi in Ludhiana; Granthi arrested for concealing the crime

Ludhiana: The Ludhiana police is reported to have arrested a woman in relation to sacrilege of Guru Granth Sahib at Gurdwara Bhagat Ravidas Ji at Ghawaddi village in Delhon area of Ludhiana.

According to the police Balwinder Kaur, who is also a resident of Ghawaddi village, visited the Gurdwara Sahib at around 4 am on Sunday and tear off a part of first 20 Angs of Guru Granth Sahib Ji. 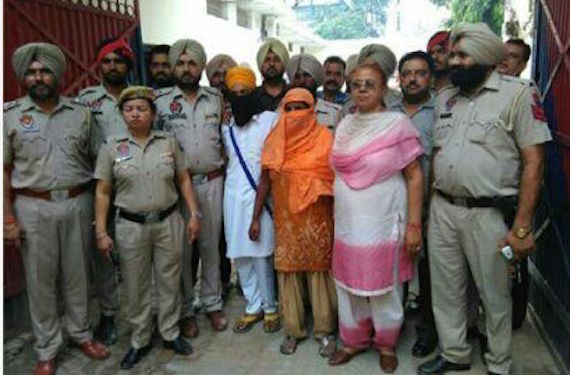 The police says that Gurdwara garnthi Sikandar Singh was aware of the crime committed by Balwinder Kaur but he tried to conceal the fact.

Duo were arrested by the police today and they are currently in custody of CIA staff Ludhiana. The police said that the motive of the crime was yet to be determined and accused were being interrogated.

NOTE: For the time being all information is available with reference to the police only. Sikh Siyasat News is trying to reach out sources to get direct input on this issue. (Last Updated on Oct. 19. 2015 at 19:02 IST).