Chandigarh/ New Delhi: While strongly condemning the arresting of JNU students union president Kanihiya Kumar, registration of sedition charges against the Delhi university’s former teacher SAR Gealani and some other students, Chairman of All Parties Hurriyat Conference Syed Ali Geelani said that this government action was totally against the democratic claims of India and against the freedom of expression and it has no constitutional and legal justification.

Pro-freedom Kashmiri leader said that the students of JNU held a peaceful protest demonstration to express their solidarity with the Kashmiri nation and it is not any crime. 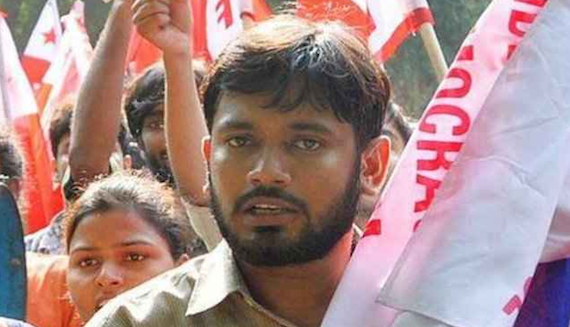 In a written statement released by Hurriyat Conference Geelani said that many prominent leaders of India and human rights activists had raised questions over the secret hanging of Mohammad Afzal Guru and had termed it as a judicial murder.

“In this perspective, if the students in JNU also express their concern, then how can it be termed as a crime?”, he asked.

Detention of JNU student’s union president and slapping of sedition against him is completely a grave injustice with him and this injustice cannot be tolerated in any way, he added.

While demanding immediate release of the arrested student, he said that this action will have serious consequences and its responsibility will be on the Indian government.