Srinagar:  As per the media reports a joint operation carried out by J&K Police and Indian army has lead to the killing of militant leader Abu Dujana, he is stated to be the longest surviving militant who has carried out a number of tactical action against the Indian security forces in Kashmir valley. He was killed along with his associate Arif Lalihaari, in a gunfight in south Kashmir’s Pulwama district on Tuesday.

The encounter started at Hakripora village in Pulwama, nearly 25 kms from Srinagar, when forces cordoned the village after an input about the presence of militants in the area, media sources said. 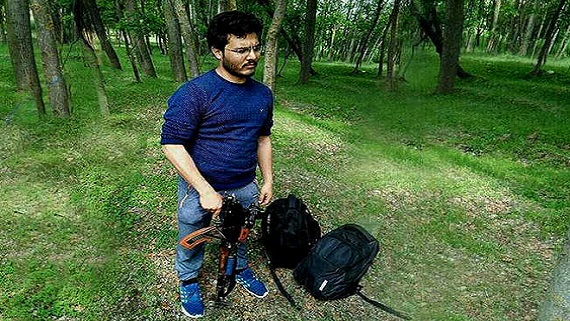 Abu Dujana, was active in Kashmir for the past six years and is believed to be hailing from Gilgit-Baltistan. (Tribune Photo)

While interacting with the media a senior police officer said “In the gunfight that followed , two militants, including Lashkar-e-Taiba (LeT) chief Abu Dujana was killed.”

Dujana, was active in Kashmir since last six years and was believed to be originally hailing from Gilgit-Baltistan. The police said that Dujana had masterminded many Fidayeen attacks on security forces along the Srinagar-Anantnag national highway during the last two years that left over a dozen forces men dead, reads a quote from a report published in an English print.

I hope the security forces continue to do such good work so that there is peace and calm in the state, reads the tweet of the former chief minister of Jammu and Kashmir Farroq Abdullah.

Meanwhile, the apprehensive state administration here today suspended the mobile internet service across the Kashmir valley as a precautionary measure in the wake of clashes after the killing of top Lashkar-e-Toiba commander Abu Dujana in an encounter with Indian security forces.

Talking to the mediapersones a senior police officer claimed that mobile Internet has been suspended across the Valley to prevent miscreants from indulging in unnecessary propaganda.

He said the facility has been suspended across all service providers and platforms like 2G, 3G and 4G, reports The Tribune (TT).