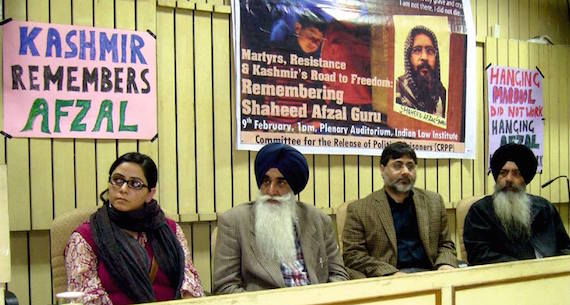 He slammed New Delhi for denying mortal remains of Guru to his family members despite their legal and fundamental right to get the same. “Kashmir is remembering it’s son who laid down his life at the altar of freedom for his people”. He is among those handful who had been blessed by Almighty to attain martyrdom, said he and added that Guru would always be remembered as symbol of resistance against Indian repression”.