Chandigarh: Punjab chief minister Amarinder Singh has asked VK Singh, Minister of State in the Ministry of External Affairs, to follow up on the issue of bringing back the mortal remains of the hostages killed by the ISIS in Iraq. 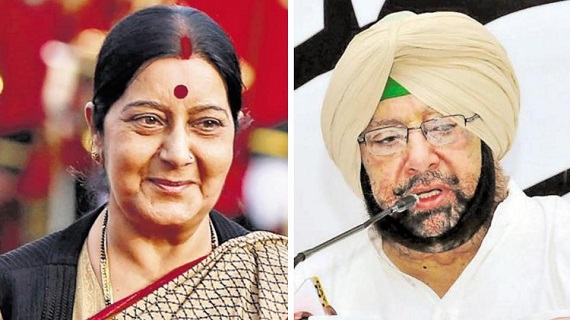 The Chief Minister, who had on Tuesday called up and also written to External Affairs Minister Sushma Swaraj on the issue, told mediapersons at the Vidhan Sabha today that Singh had informed him that the remains of the deceased would take about a week to reach the sub-continent.

In response to a media query, the state government maintained that since the majority of those killed were from Punjab’s Majha and Doaba regions, the coffins with the remains were likely to arrive in Amritsar. The state government was making all the necessary arrangements to hand over the remains to the families for the last rites of the deceased victims, the chief minister said.

Furthermore, the officials of the state government stated that it would try to find jobs for the kin of the deceased and would continue to pay the Rs.20000 compensation which the families were already being given. Besides it will also pursue with the Central government the issue of grant of compensation to the bereaved families. He pointed out that he had written to Sushma Swaraj on Tuesday on the subject and was hopeful of a positive response from the central government.